The Truth Is Out There... 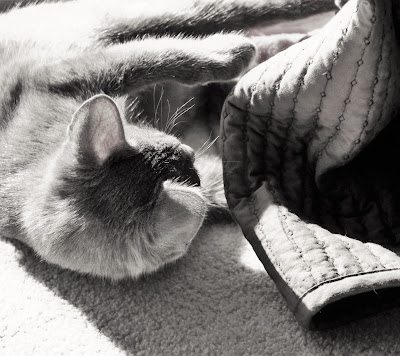 looking for the facts...

Do ethics still matter in journalism ?

“Facts do not cease to exist because they are ignored.”

In November Donald Trump tweeted that he saved a Ford Motor Company plant in Louisville, Kentucky from moving to Mexico. He didn't because it wasn't.
The plant was never moving to Mexico but that apparently is not important in this world we live in now.
Yesterday Mr. Trump touted that he'd saved a 1000 jobs at a Carrier plant but it's how he saved those jobs that is at issue and brings into question if this is a one time PR stunt or a little bit of the old razzle, dazzle.

Trump also declared that he would extract himself from his business if he won to avoid any   appearance of impropriety  but now, not so much.

It appears that it is now only the mere suggestion of a possibility of anything that is what is held to be, truth.

"Well, I think it's also an idea of an opinion. And that's—on one hand, I hear half the media saying that these are lies. But on the other half, there are many people that go, 'No, it's true.' And so one thing that has been interesting this entire campaign season to watch, is that people that say facts are facts—they're not really facts. Everybody has a way—it's kind of like looking at ratings, or looking at a glass of half-full water. Everybody has a way of interpreting them to be the truth, or not truth. There's no such thing, unfortunately, anymore as facts."

"This is the problem with the media. You guys took everything that Donald Trump said so literally. The American people didn’t. They understood it. They understood that sometimes, when you have a conversation with people, whether it’s around the dinner table or at a bar, you’re going to say things, and sometimes you don’t have all the facts to back it up."

The truth is that facts are not supposed to be subjective...
Facts are just that, facts!
But it seems as though now we have reached a place where absent any evidence or facts, a mere statement if repeated enough and said loudly enough can be perceived as truth.
Truth that the media in general doesn't waste it's time trying to correct (shame...).

Which brings me back to my original question...
Do ethics still matter in journalism?
We will have to wait and see.

Until then, don't give up on the facts and the truth.

As was told to us on The X Files; the truth is out there... so are the facts.

You just have to look a little harder to find them these days.


Have a fabulously fact filled weekend!