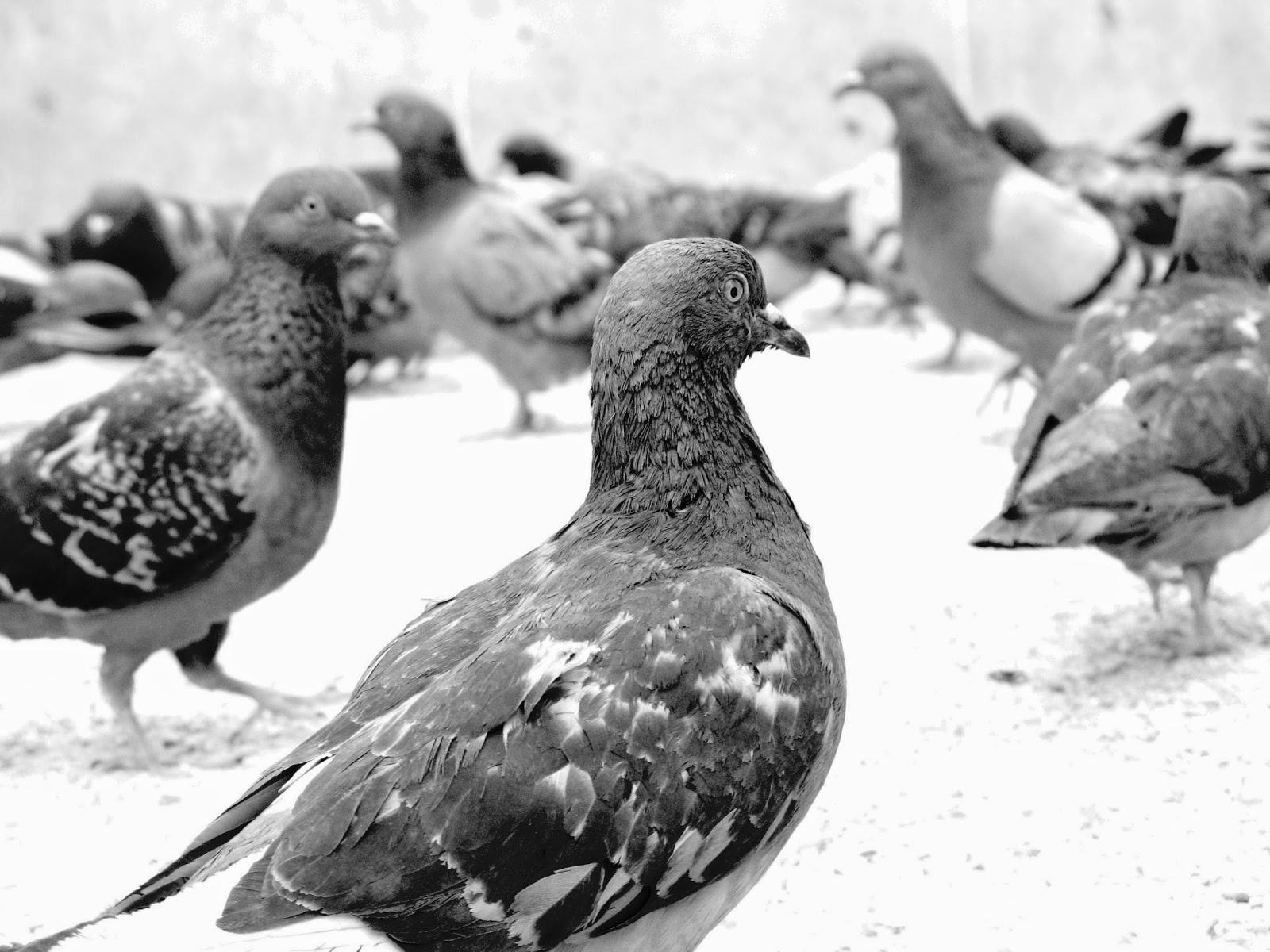 The Weekend Is Almost Here and I'm Putting On My S**t Kicking Boots and Giving Out Sticky Paws and Hairballs! (and only one kitty kiss and fuzzy hug, but there is music) ... 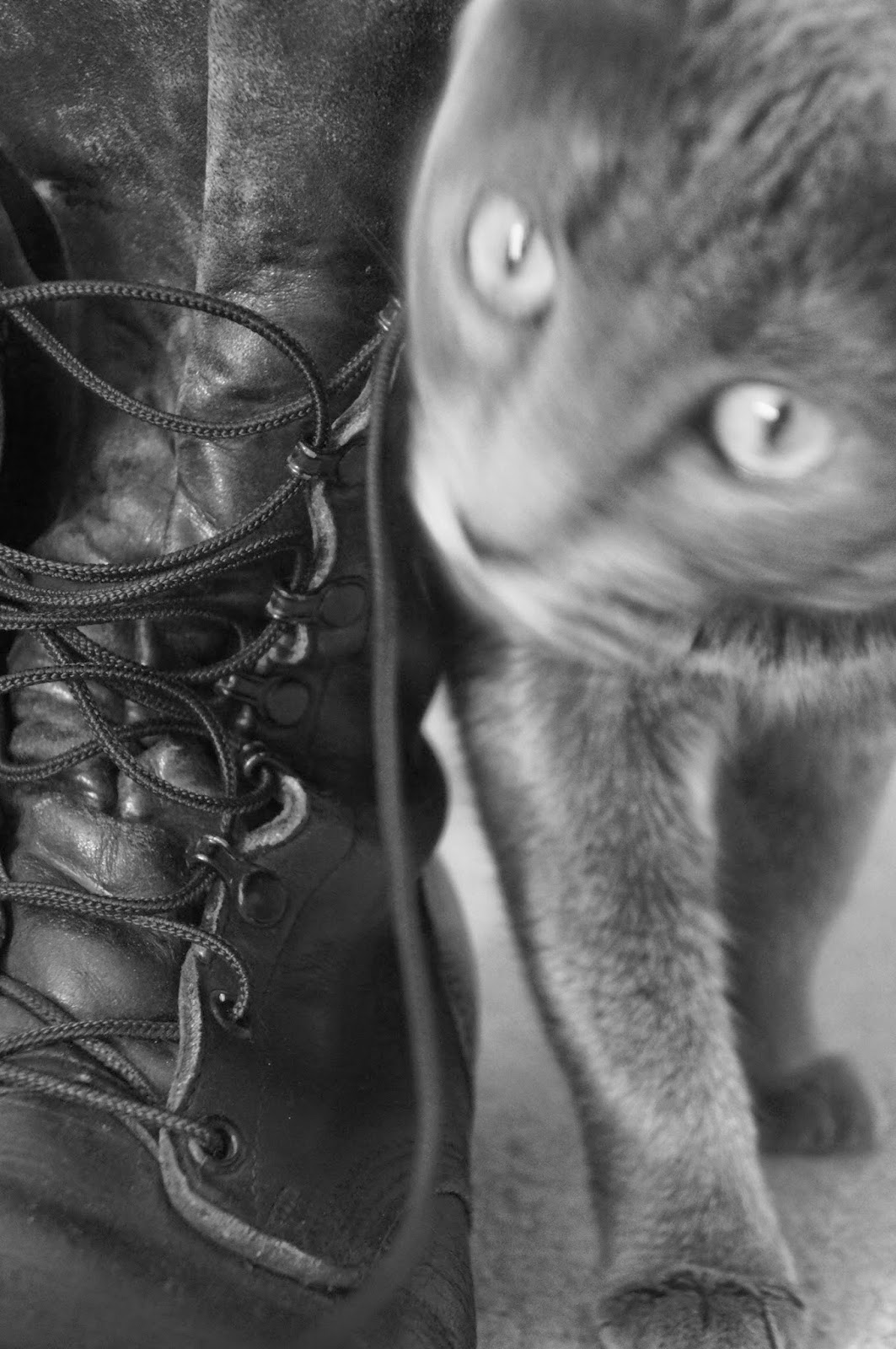 A huge sticky paw and a few hairballs too, to Georgia Governor Nathan Deal
for passing a bill yesterday that would expand already lenient gun laws. Come on! I mean no matter what side of the gun debate you are on who the H- E-double hockey sticks needs to carry guns in church?! And I'm sorry... silencers for hunting...really? http://news.msn.com/us/georgia-governor-signs-gun-carry-rights-expansion-into-law

Next up, shame on the Supreme Court and they get a couple of sticky paws up side the head for not only their decision this week on Affirmative Action; http://www.huffingtonpost.com/news/supreme-court-affirmative-action/   but also for their ruling on McCutcheon and letting more big anonymous money into our election process; http://www.huffingtonpost.com/mansur-gidfar/mccutcheon-supreme-court_b_5077459.html

A super huge fuzzy hug and a kitty kiss to Senator Tom Harkin of Iowa. Who had some wise words to respond to his colleagues for blocking the nomination of Debo Adegbile for chief of the justice departments civil rights division and for their reason why they did. If you don't think racism still exists, read the transcript for a gut check; http://www.huffingtonpost.com/2014/03/05/tom-harkin-doj-civil-rights-nominee_n_4907866.html?utm_hp_ref=tw


And a super sticky paw to Cliven Bundy and all those guns out there and the people willing to use them in this situation and to Fox News and others who have blown this whole thing into something that it's just NOT for the sake of hearing themselves talk!
In weeks passed I haven't brought up the whole Cliven Bundy situation  because, well because really what is there to say ... But, after the last comments made... if you don't think racism is a problem anymore as is apparently the case with the Supreme Court, and it's OK with you that the Supreme Court ruled to gut the voting rights act last summer, then you really need to listen to this because what you will hear is a large portion of the country to some degree. Don't get me wrong I am all for free speech I just have a problem with the fact that there are people out there who cry freedom of speech but don't feel they have to back up their position with any facts; it's the old: "it's true because I said it" theory...
http://www.washingtonpost.com/blogs/post-politics/wp/2014/04/24/cliven-bundy-on-blacks-are-they-better-off-as-slaves/


And last but by no means least... for all you music lovers one of the greatest songs of the 70's by Peter Paul and Mary;
http://www.youtube.com/watch?v=ozX0KazFoDk 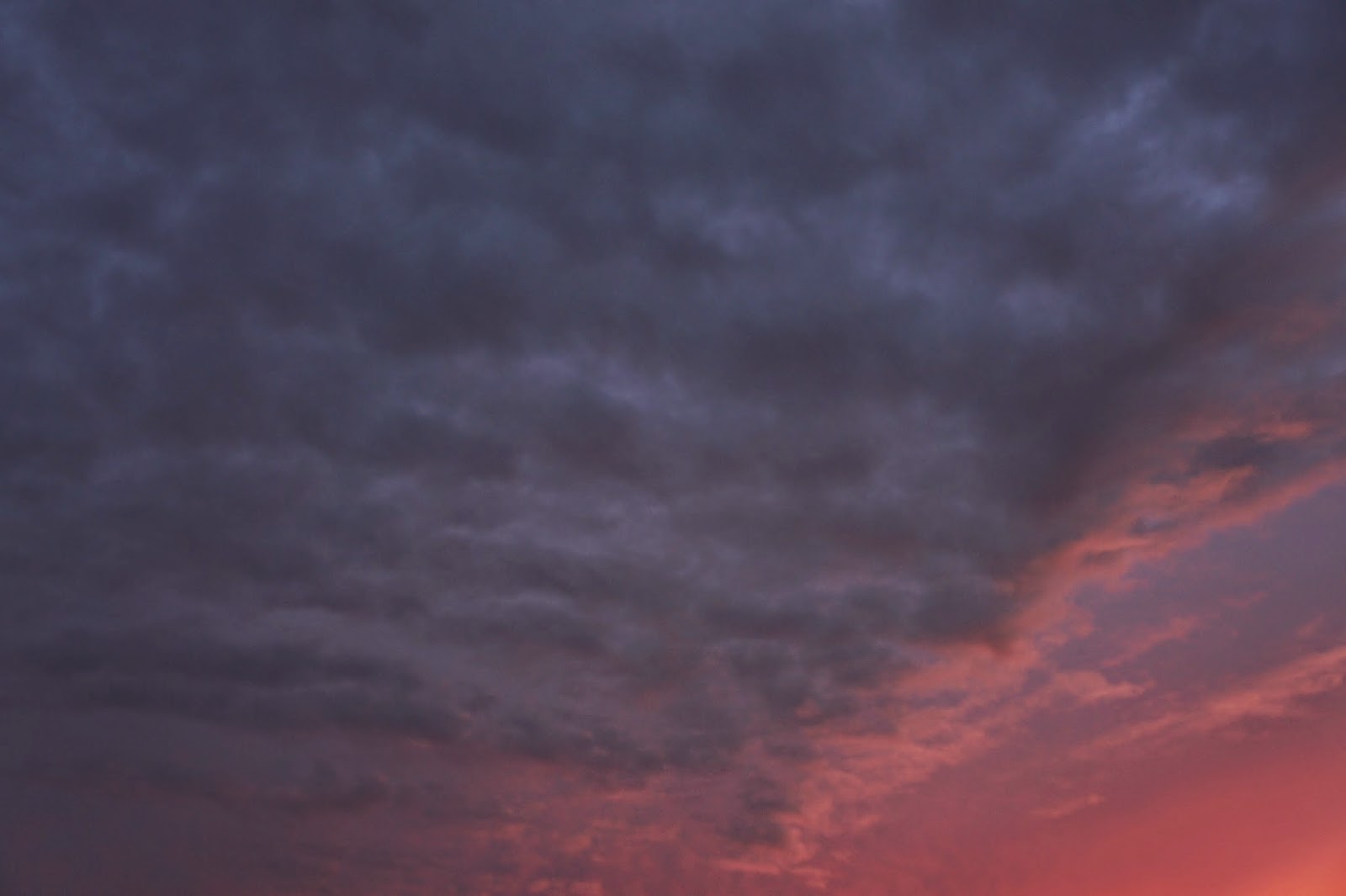 and the rains came...


Here's hoping you have a dry Wednesday!


Somethings For The Weekend...

There are some questions that simply must be answered. Here are a few we were able to find the answerer's to ( kind of...)
In journalism one the first thing you learn is that every story needs to answer the 4 w's...
Who, What, When and Where... and so; 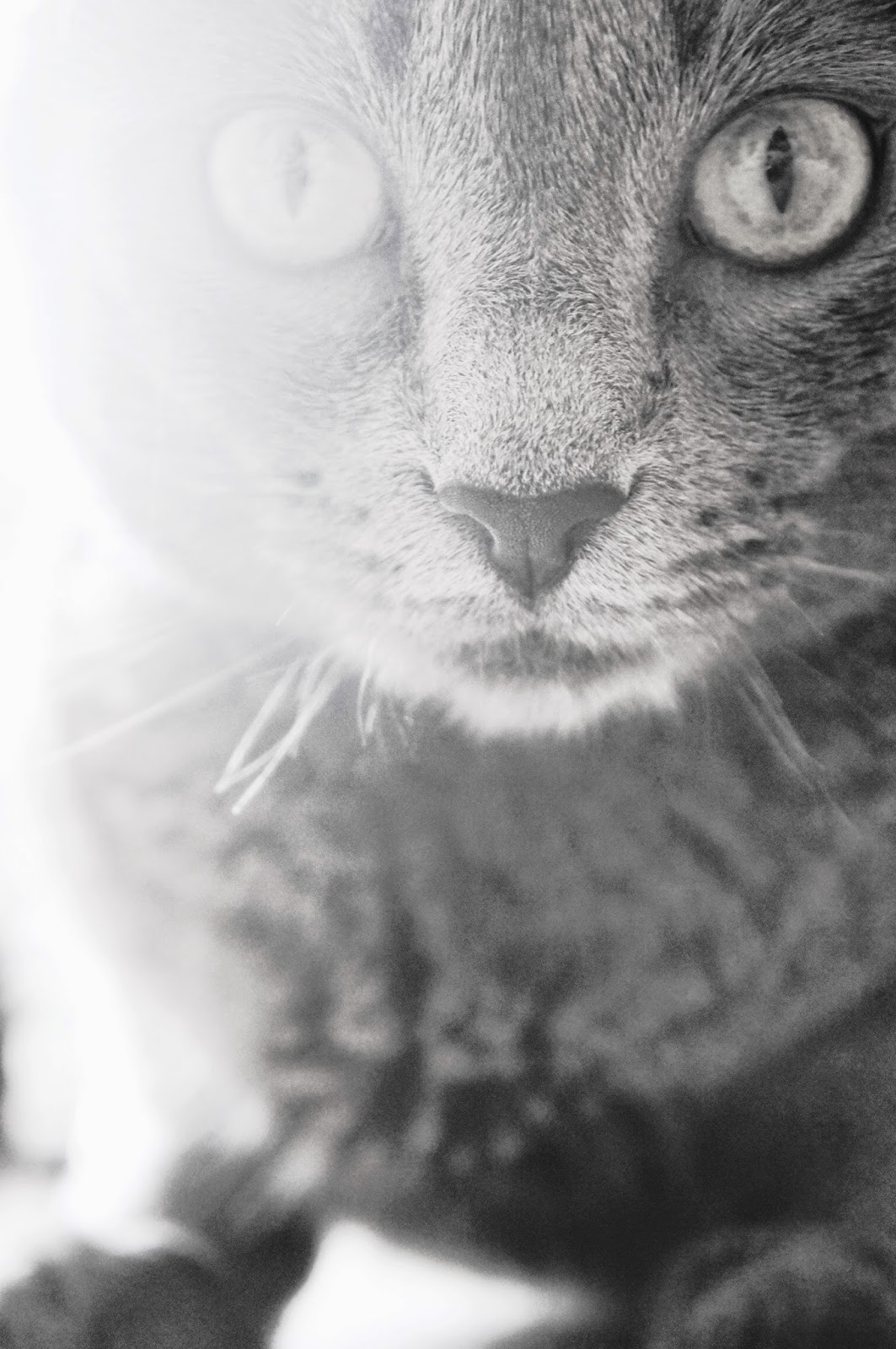 
WHEN will too big to fail implode on itself? Did you know that after 20+ years of
contaminating water and land with toxic levels of chemical spills, Anadarko was fined 5.15 billion dollars...here's the kicker, that same day their stock rose! They ended up making more in one day than they were fined for twenty years! Want to know why? They were expecting to be fined even more, up to 14 billion so when they were fined 5.15 billion it was cause for celebration...
http://www.huffingtonpost.com/2014/04/03/anadarko-kerr-mcgee-tronox-settlement_n_5086822.html
Also, The very day we added more sanctions against Russia, the head of Shell Oil was at Putin's house making a deal to expand Shells development of oil and gas there! And... because we don't have a space program anymore, we count on Russia to deliver our astronauts and equipment to the International Space Station which costs us 71 million dollars per seat! We just wrote them a check for 545 Million dollars! Some sanctions huh? http://www.dispatch.com/content/stories/national_world/2014/04/19/u-s--pays-russia-despite-sanctions.html

I saved the best for last! 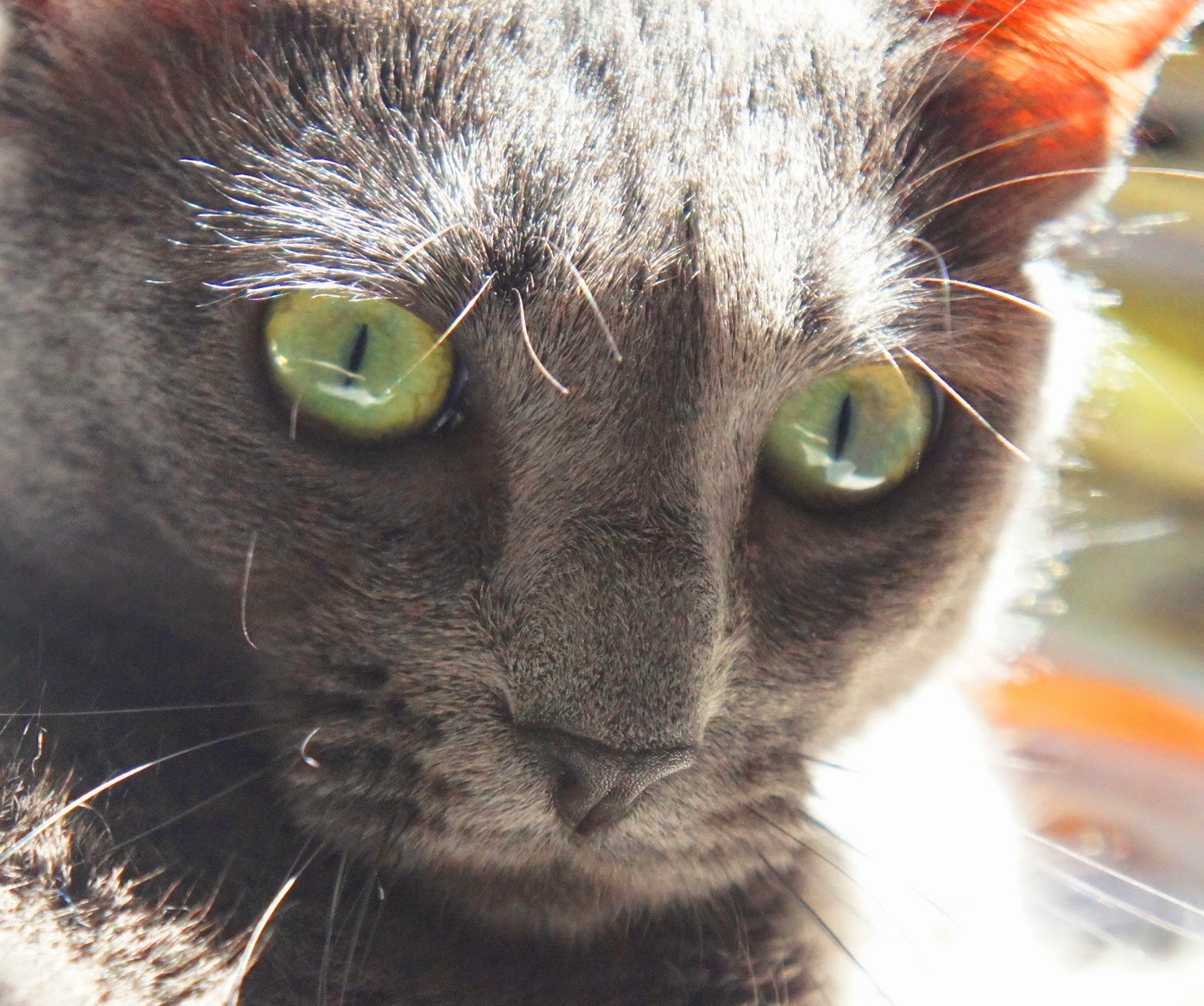 "OMG! Look at these eyebrows! OK, where's the tweezers!"


Have a happy Wednesday...

It's Time Once Again For Sticky Paws and Hairballs vs. Fuzzy Hugs and Kitty Kisses... 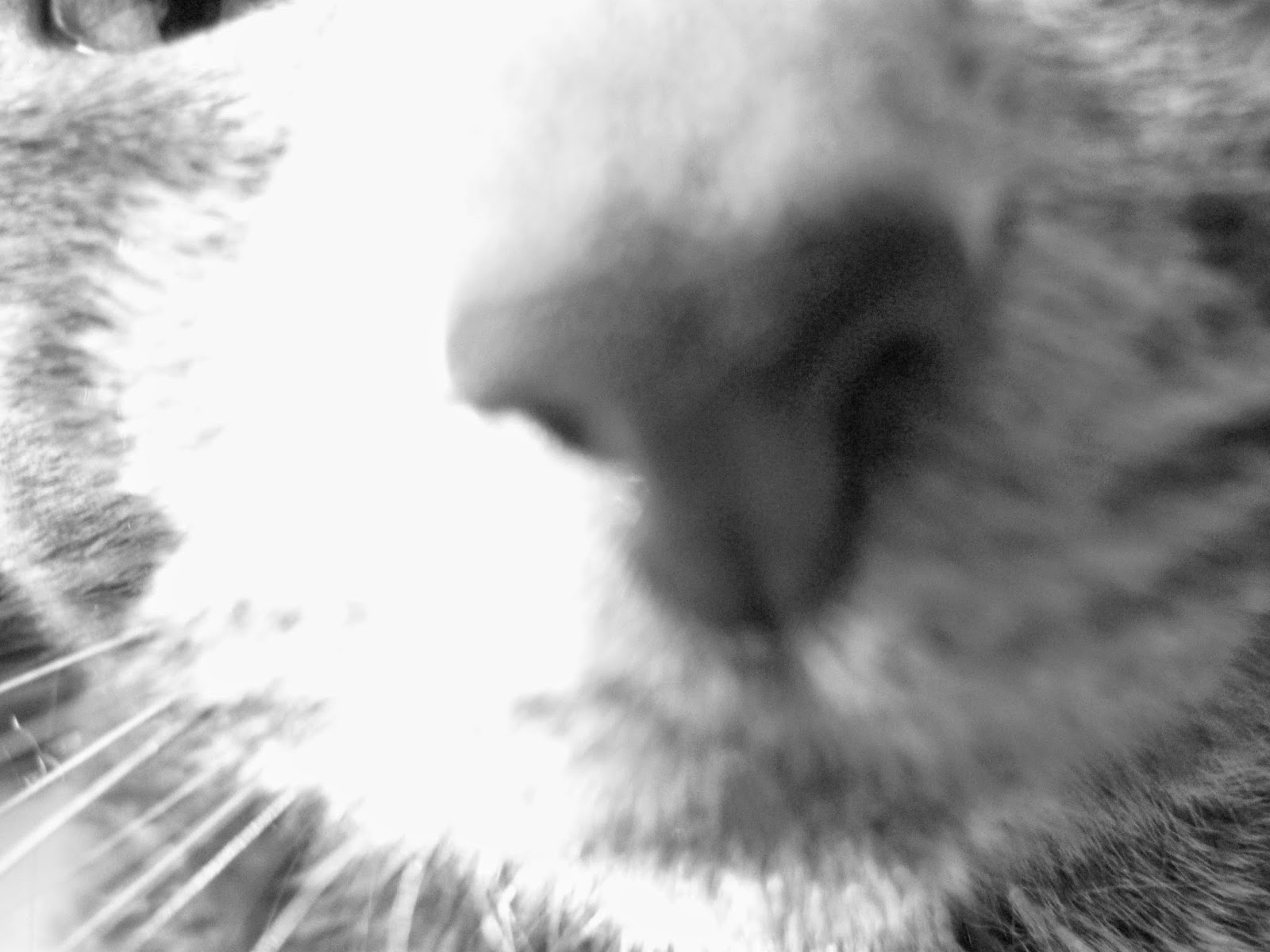 A fuzzy hug to raising the minimum wage, for anyone who doesn't understand why a higher minimum wage is important for everyone, here's a short video we think you should see...
http://www.slate.com/articles/business/moneybox/2014/04/walmart_living_wage_if_the_company_paid_its_employees_more_how_much_would.html


A huge sticky paw to Florida for not expanding Medicare. This is what can happen! http://publichealthwatch.wordpress.com/2014/04/09/deadly-obstructionism-32-year-old-florida-woman-dies-thanks-to-republicans-refusal-to-expand-medicaid/


A fuzzy hug to Good Neighbor Vet, a mobile vaccine clinic in Washington, Idaho and Oregon. Check them out they also have a terrific newsletter with lots of great information! www.goodneighborvet.com

And for all you video junkies:

We saw this on the Internet machine and wanted to share...check out the other 26 at; http://www.huffingtonpost.com/2012/10/23/animals-deep-in-thought-pets-thinking-photos_n_2005432.html

Look, I am smiling and you know what that means...
it's time for fuzzy hugs and kitty kisses vs. sticky paws and hair balls! 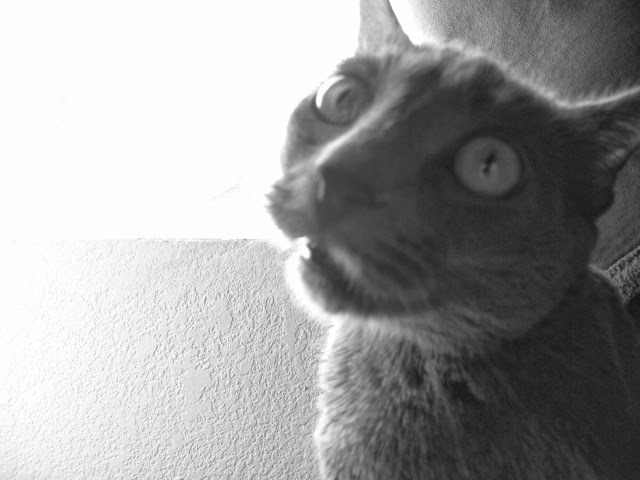 A Super Duper Big Fuzzy Hug and a Huge Kitty Kiss ...
to Honey Maid! (yes the company that brings us graham crackers) for stepping up AND not backing down!
The company released a commercial that included same sex couple families in their ad and when there were some who contacted the company demanding they take the ad off ... they put out a response ad. No matter what your views on LGBT issues you should check out the ads. The first one is the response ad so I suggest that you scroll down and watch the original ad first for context;
http://www.latimes.com/food/dailydish/la-fe-dd-honey-maid-reaction-video-20140404,0,5239405.story#axzz2xy6JwnVB


A big fuzzy hug to the Catholic Church first for having such a cool Pope and second for a Bishop and several Cardinals who took a stand to show support for immigration reform even if the house won't let it come to the floor for a vote. I guess they just asked the age old question; what would Jesus do?; http://www.dallasnews.com/news/local-news/20140401-catholic-bishops-celebrate-mass-along-mexican-border.ece


A kitty kiss to 13 year old, Aidan Thomas Hornaday who has raised over $90,000.00 for charity!
Check out this amazing kid at; http://www.aidancares.org


And lastly words on a  refrigerator magnet; " cats are like potato chips, it's hard to have just one".


Have a great Sunday!

Something you should hear this weekend... 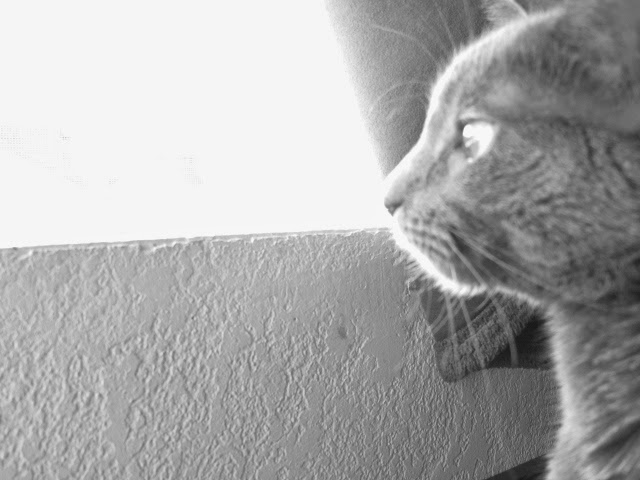 Something you may not know about me is that I am a music lover! I believe music is one of the truly universal languages.

Take a listen to an old favorite with a new twist... tell us what you think... http://www.youtube.com/watch?v=VCb91rATBHI
Next if you like classical, violin and or rock/ pop take a listen to these guys! I first discovered their music six years ago and they still amaze me!
http://www.youtube.com/watch?v=E1MlE_Mo0Jw
Have a great weekend!
Noodle and crew
Posted by Noodle Cat at 9:48:00 AM 4 comments: 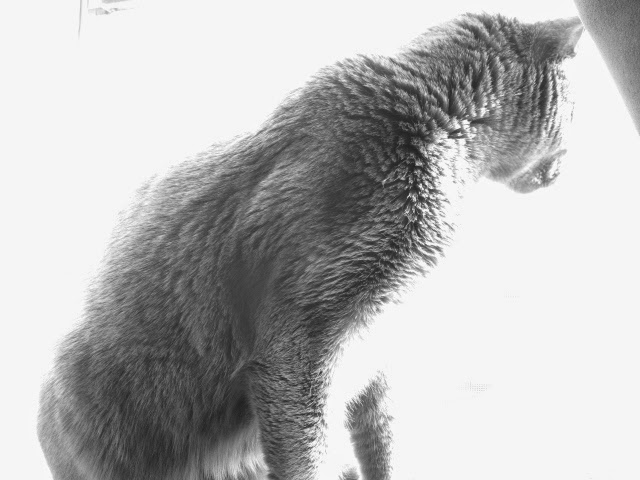 Have a great Thursday!