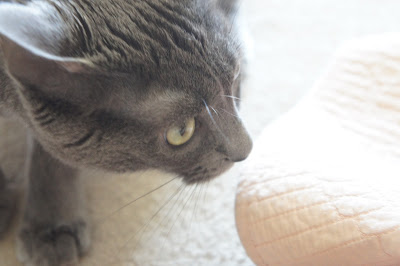 To celebrate Summer, we're in color! 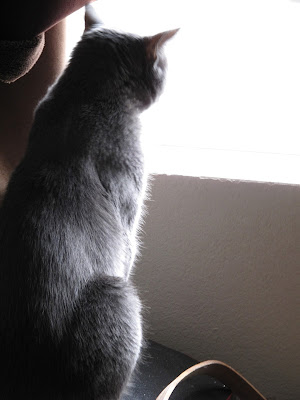 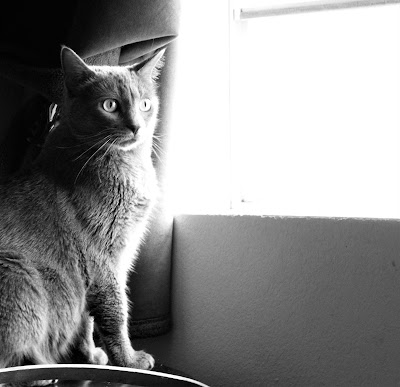 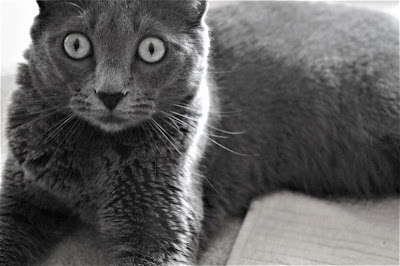 Is it Wordless Wednesday? 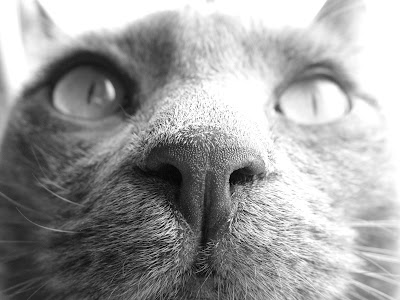 Noodle; "I'm not able to comment on that in an open session. And just so you know, I am unaware of any meetings I might have had with Russian cats."

Human lady; " You've been watching too much TV."


Have a very non political Wednesday! 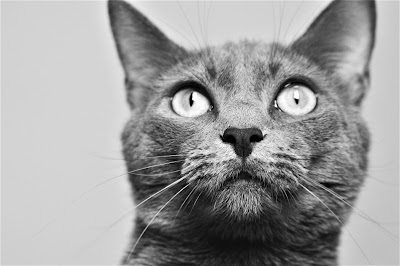 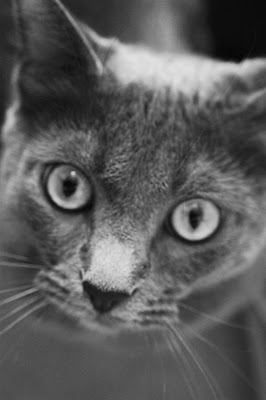 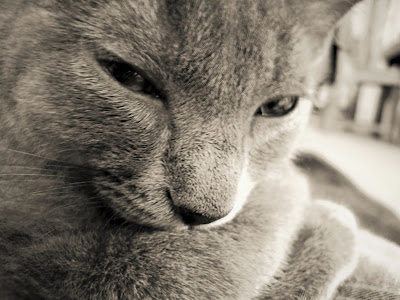 He has the best people...
only they keep getting themselves tangled up in scandals and investigations.

He has the best words...
you know like covfefe
.

He makes the best deals...
Just don't pay any attention to all those pesky little bankruptcies and lawsuits.
I guess all those other business men are wrong even though most of them have far surpassed him in the business world
And his decision to leave the Paris Climate Accord will  cost jobs, not create them.
Not good business.

He has the best brain;
again I refer you to covfefe...

Here's my question....
What was so wrong with America in the first place?

Jobs were on the increase for 75 straight months under Obama.
The price of gas was low
The economy was coming back, granted slower than most would like but still coming back, steadily.
Did you know that President Obama had the largest increase of jobs in history, 22.309 million!
We had severely slowed Iran from getting nuclear weapons.
We were cleaning up the planet for our kids and their kids...


Here is what I have deduced,
what those who think there was something so very wrong with America seem to be referring to is;

The number of people who don't look like they do
or talk like they do
You know...those people.
The ones we can blame all of our problems on.
The ones who have somehow created a reason you don't have a job or didn't get a raise or lost your house or caused the government to take all your guns...oh wait, okay not that.

But they did stuff and it made America not great by God!

President Trump said in his speech yesterday that "we won't be laughed at any more"
It seems to me that most of the laughing began after he took office.

"Believe me!"he shouted.
Really?
Where's that wall?
And is Mexico going to pay for it or not?
Where's the repeal of Obama Care?
More importantly, where's the replacement?
Where's this great tax bill?
Where's all that infrastructure?
Did I miss it when you pulled out of NATO?

Are we winning yet?

When does that start?

He's also touted as being a strong leader by his supporters.
Really!?
Because all I ever seem to hear is whining, bi*ching and moaning.
"They're mean to me, it's not fair, so and so said bad things about me, it's a which hunt".

Sounds a lot more like a victim than a leader to me.

Ever heard the phrase; if you can't take the heat, get out of the kitchen?

If this is what is considered the best, I'll pass thanks...