UP CLOSE AND PERSONAL and a bit out of the frame... 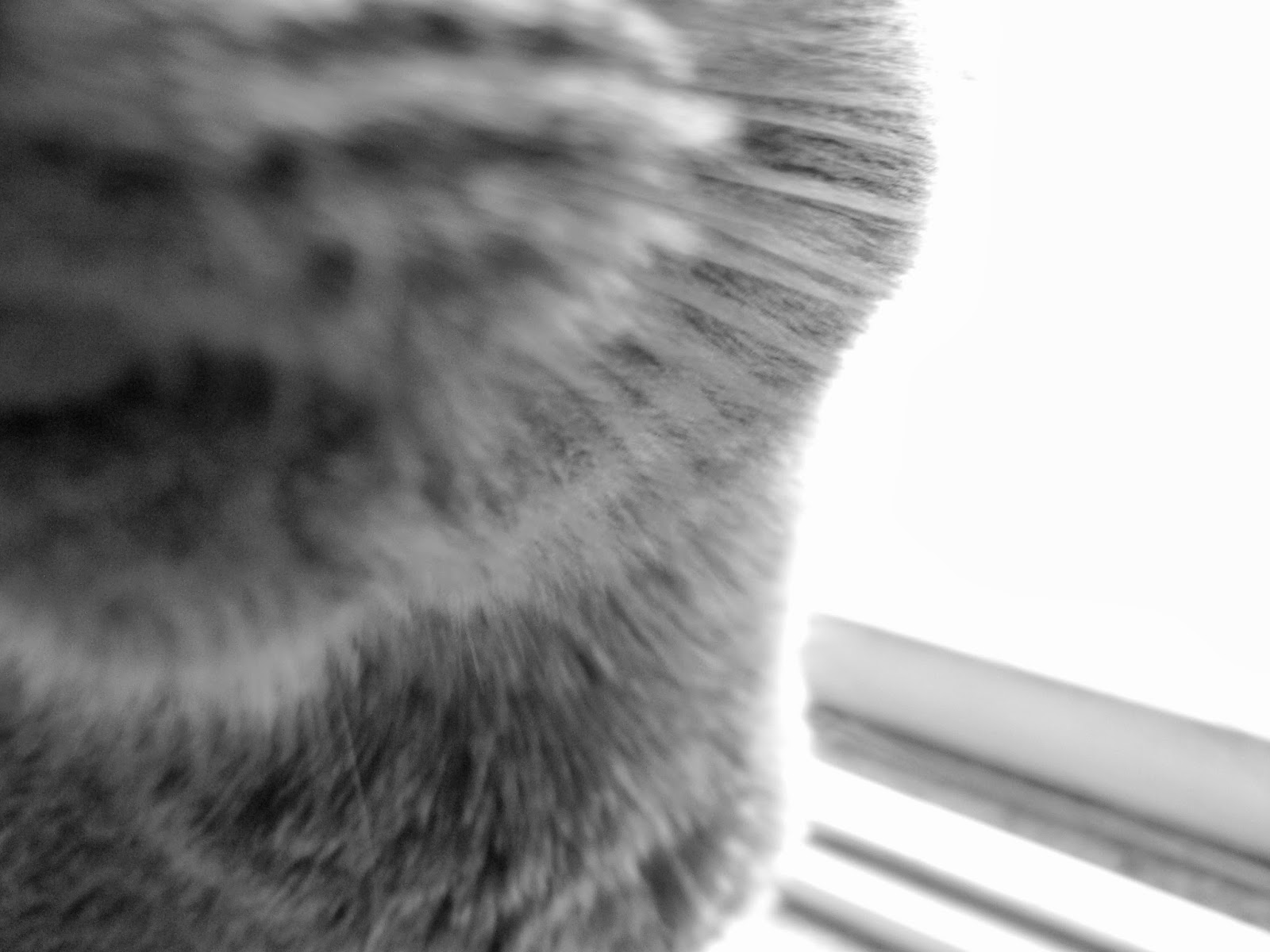 Oh, I did a bad, bad thing! I couldn't help noticing that the human had all kinds of nifty kitty stuff on the table. Well of course I figured it was for me...I mean who else would it be for? All of a sudden she was putting all the goodies in a box! What the...
When she went into the other room, I decided to check out the situation and stealthily climbed up on the chair to see what I could deduce. There before my very eyes was a box of toys and nibbles...
well I did what any cat in my position would have done, I swiped a few of the goodies right out of the box. That will show her!
That's when I found out that the box was full of prizes for those darn cats in the fridge for wining our contest. Oops...

So I am here to say, "sorry, I am replacing the mousie I took out of your box with one without slobber on it. Once again, sorry".  I've been a naughty Noodle...

It just goes to show what one little kitty can do! Just think, Governor Jan Brewer vetoed that icky bill and I'm sure it was all because she didn't want to lose her fuzzy hug from me...( yes, I am that adorable) Plus, I'm giving her an extra fuzzy hug for all the flack she is taking from her own party... you go girl! http://www.cnn.com/2014/02/26/politics/arizona-brewer-bill/index.html


It was just what we needed, a bill that would allow teachers, parents, babysitters and others... to legally "spank" kids even if it leaves bruises! The bill was defeated.
http://www.denverpost.com/nationworld/ci_25189457/kansas-lawmaker-wants-corporal-punishment-that-leaves-kids


Feeling a little nerdy?  Theoretical physicist Brian Greene is on a mission to bring science to kids and grown ups too. You can learn about the theory of relativity and just what string theory is at;
http://ed.ted.com/lessons/brian-greene-on-string-theory  Classes are FREE! Check out more at; http://worldsciencefestival.com


And for those of you who skip to the end for the fun stuff, I'm not referring to anyone in particular...Wally and Ernie;


PS. We are experiencing technical difficulties with the text color thingy...sorry!

Have a great weekend

HERE I GO STICKING MY NOSE IN IT AGAIN... + Breaking News!


Just in case you missed it... we want to congratulate Crepes and everyone at Cat In The Fridge www.catinthefridge.com  for their winning entry in our Love is... contest ( check out yesterday's post for details ). 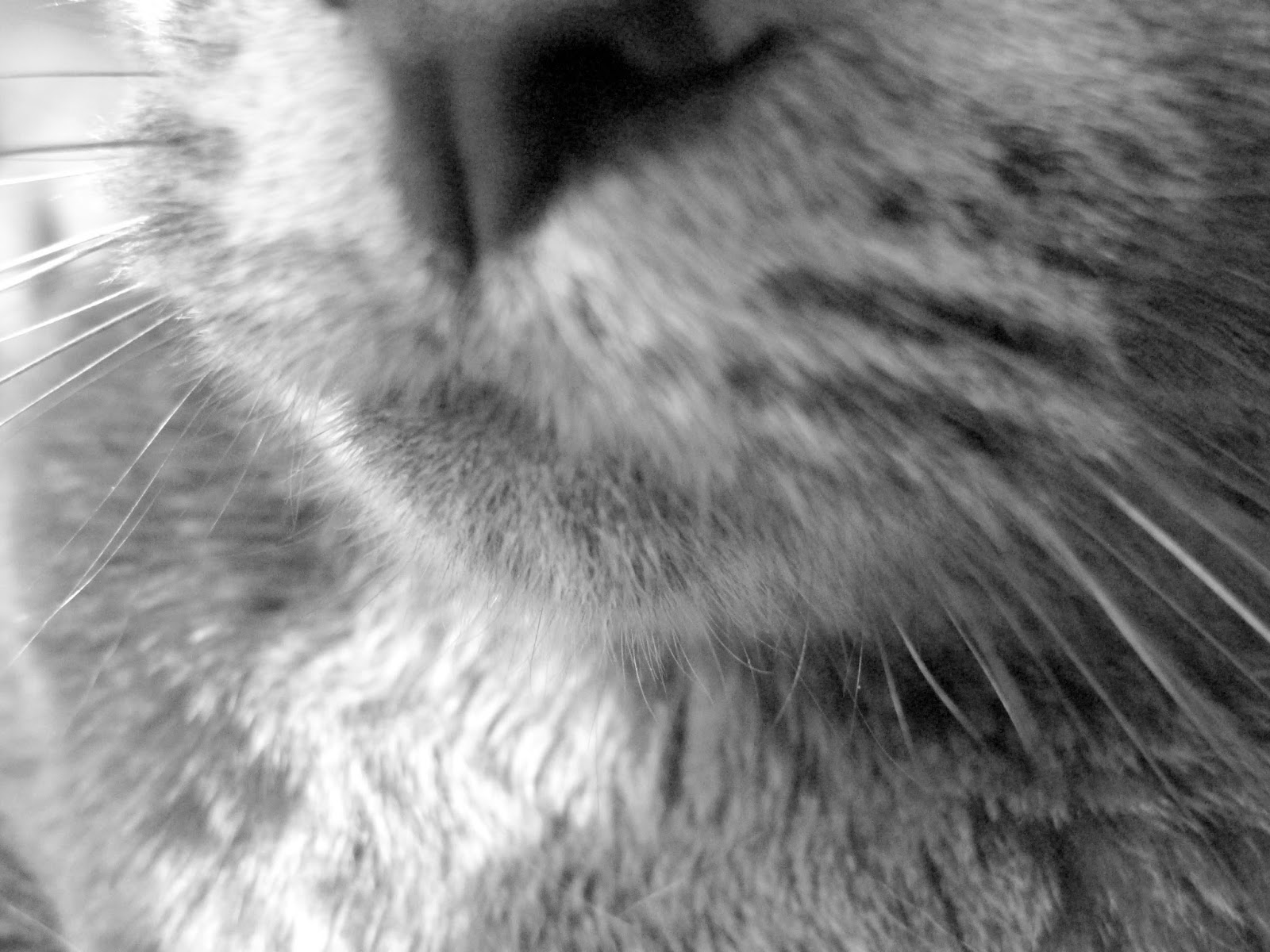 OK, I may have to take back Jan Brewers fuzzy hug... unless she veto's the bill that will be presented to her within the next five days ( Jan, we are watching you...); http://www.theguardian.com/world/2014/feb/21/arizona-legislature-sends-anti-gay-bill-republican-governor-jan-brewer


For something a little lighter, check out this video of Jimmy Fallon and Michelle Obama; http://www.washingtonpost.com/blogs/the-fix/wp/2014/02/21/michelle-obama-has-a-dance-party-with-jimmy-fallon-video/


We would like to thank Beverly and everyone at Moggie Purrs www.moggiepurrs.wordpress.com
for nominating us for the Field Of Flowers Award. Thank you, thank you, thank you! We will be posting our nominees next week...

And even more BREAKING NEWS>>>

We are now on FACEBOOK! Look for us as Noodle Cat.
We are busy trying to friend all of the great people who friend us. Please be patient if we don't get to you ASAP, we are fairly techno illiterate so it may take a bit...

Have a happy week,

AND THE WINNER IS... 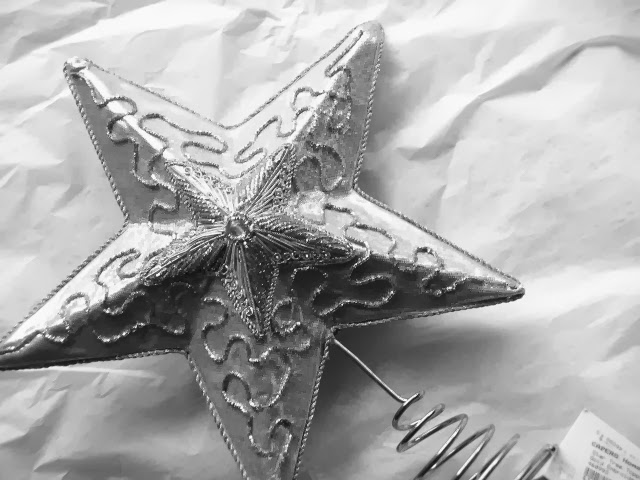 OK, I know I said we'd announce the winner of our love is...contest yesterday but, well I actually have no excuse at all.. except I forgot! Come on give a girl a break! I'm a busy kitty...
So without further ado .. ( drum roll please...) the winner is Crepes and Cat In The Fridge www.catinthefridge.com  for their reply... "Love is... a set of frustrations packaged neatly in a lifetime". And if that weren't good enough to win they added "crepes, because you can fill them with whatever your heart desires ". YOU GUYS ARE STARS!
( to cat in the fridge; please send us an address where we can send your prize. Just e-mail us at herecomesnoodle@gmail.com )

SOME THINGS FOR THE WEEKEND + STICKY PAWS AND HAIRBALLS vs. KITTY KISSES AN FUZZY HUGS... 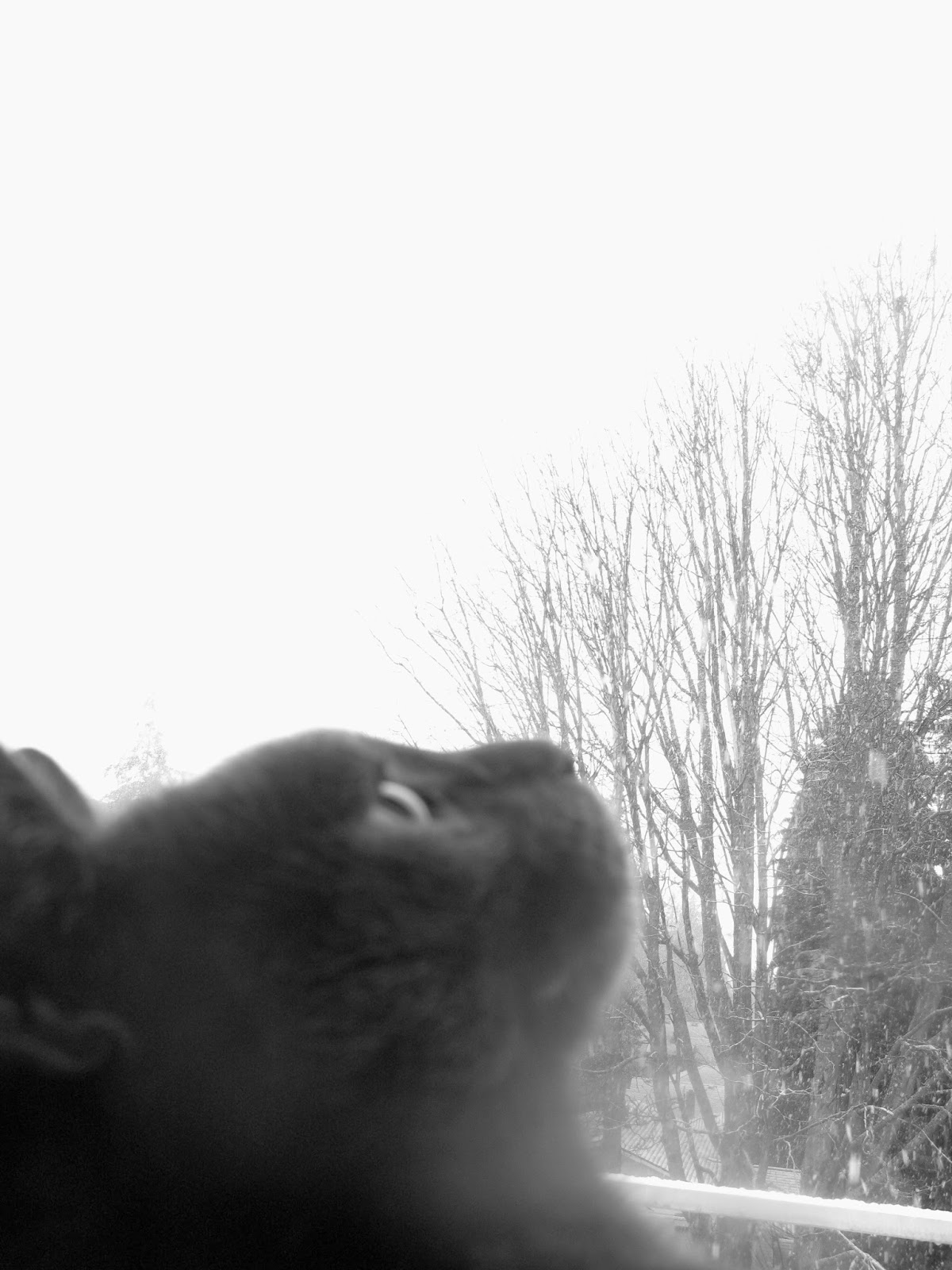 Boy, I'd love to get my paws on that Punxsutawney Phil guy; http://www.washingtonpost.com/blogs/capital-weather-gang/wp/2014/02/02/groundhog-day-2014-punxsutawney-phil-sees-shadow-6-more-weeks-of-winter/

A big fuzzy hug to Emily Scott of the U.S. speed skating team, she is someone who at one time was on food stamps and had to look to crowd funding to get to Sochi!http://www.usatoday.com/story/sports/olympics/sochi/2014/02/04/emily-scott-usa-speedskater-crowdfunding/5199813/

A huge sticky paw with a side order of hairballs to any school districts that have decided that the way to deal with the epidemic of school shootings is by instituting active shooter drills;  http://www.nbcnews.com/news/us-news/fake-blood-blanks-schools-stage-active-shooter-drills-n28481

A really big hair ball to the Governor of Nebraska in a move to get land for the Keystone Pipeline by taking peoples homes and property through the use of eminent domain, something that is also happening in Texas ;
http://www.msnbc.com/msnbc/legal-blow-keystone


and a plea to the people from me Noodle to please end incidents like these; http://www.huffingtonpost.com/2014/02/17/adrian-broadway-egging-gunned-down_n_4803038.html

This is what is left of the envelope that my humans Valentine's Day card came in; 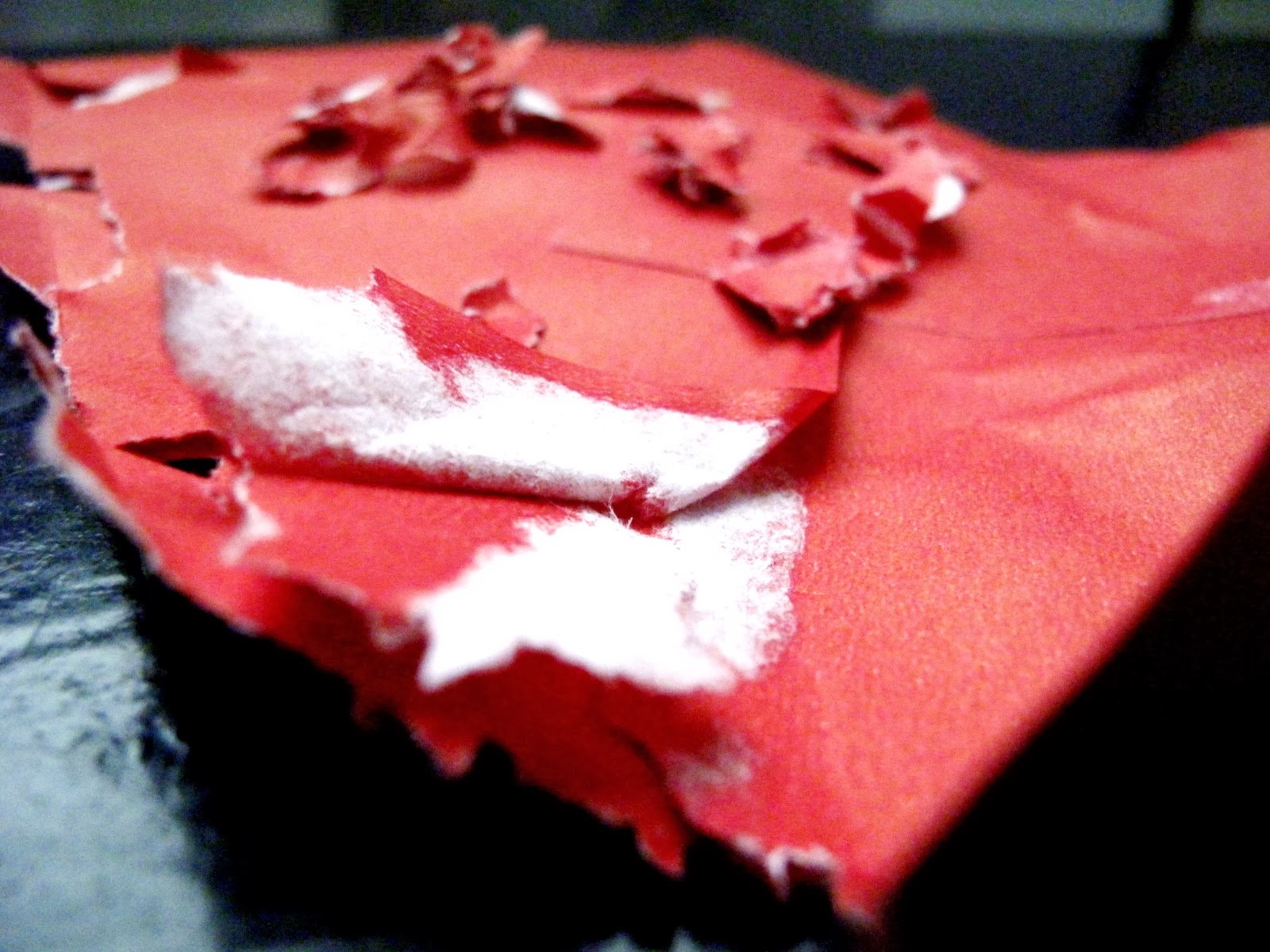 I think I need an intervention!
Have a great weekend...
Noodle
Posted by Noodle Cat at 8:27:00 AM 16 comments:

Don't forget to enter our LOVE IS... contest!


Have a great Tuesday! 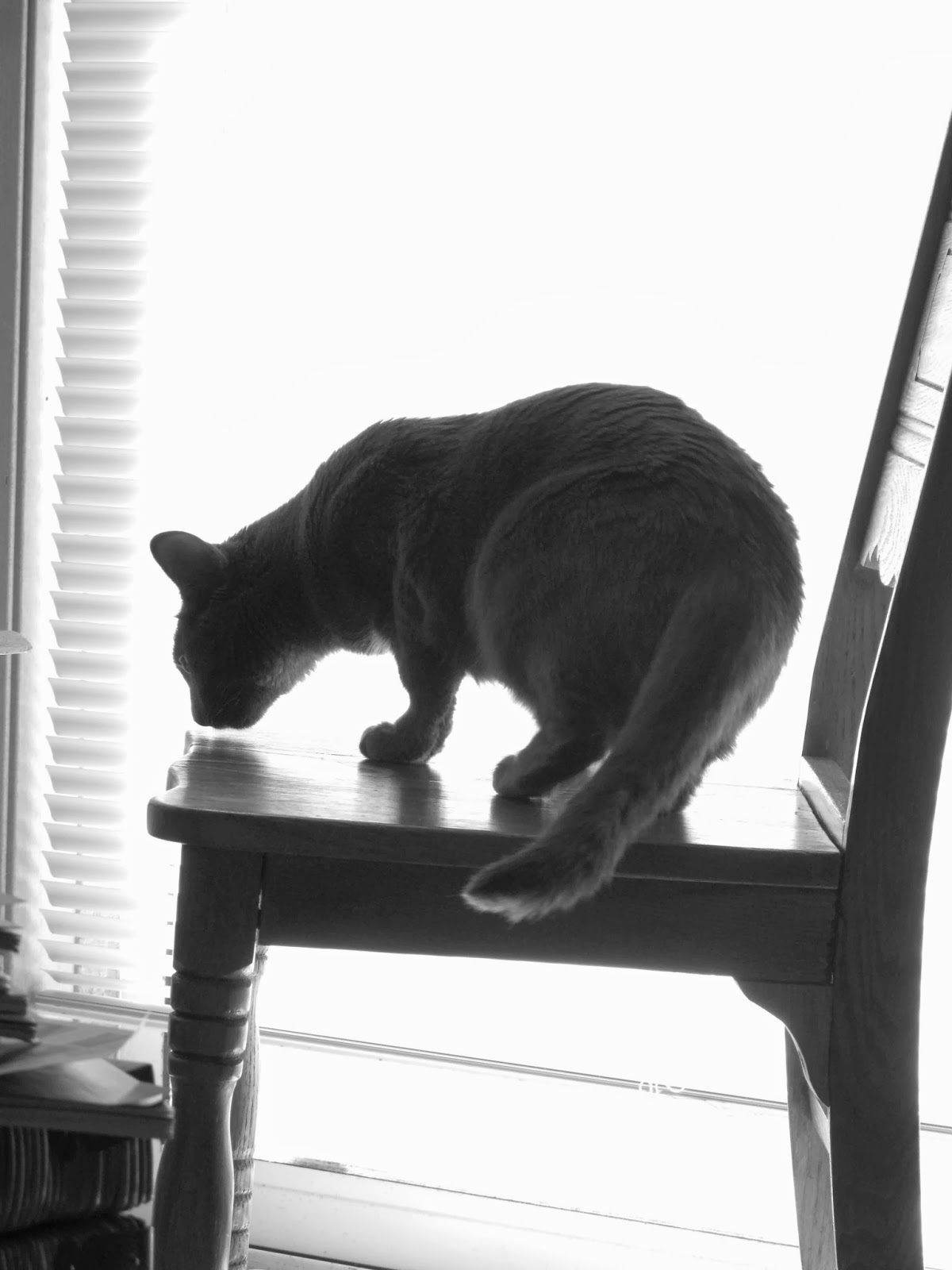 " Hello, Dave here at WCATS, let's check in with Noodle at the weather desk..." "Hi, Noodle here, lets take a look at the map shall we... Well it looks like snow in Atlanta... hum lets go on over to North Carolina... so, just more snow. OK, lets check out New York City... oh I see where this is going... So, to sum up; we have snow, more snow and yep, some more snow...back to you Dave..."

It is my hope that I, Noodle am nothing if I am not open minded and as unbiased as possible... so I want to give a big fuzzy hug to Republican Governor Jan Brewer from Arizona for her determination to get health care to her constituents by standing up to her own party and expanding medicaid; http://talkingpointsmemo.com/news/arizona-medicaid-expansion-lawsuit-jan-brewer-obamacare

Sometimes there is justice even if it is small; A big fuzzy hug to this judge who denied bail to the gunman in the Florida theater shooting;
http://www.latimes.com/nation/nationnow/la-na-nn-florida-theater-shooting-bail-denied-20140207,0,1380543.story#axzz2sllaU3C8

Sometimes even your hero's appear to fail to live up to your expectations. Although I voted for President Obama twice, there have been many of his decisions that I do not agree with. This is one of those decisions...And so I am giving  the president a sticky paw for allowing food stamps to be cut as a part of this bill...there are children starving right here.
Who would have thought that the day would come when Jan Brewer got a fuzzy hug and the president got a sticky paw? Now that's what I call  being objective...
http://www.huffingtonpost.com/2014/02/07/obama-farm-bill-_n_4747837.html


A sticky paw and a hairball too, to us. Yes you heard me right...
I honestly do not know what to say about this next terrible incident. I feel the urge to bring up gun prevalence in our society but I know that, that alone is not the answer.
I know that guns are a touchy subject but that we need to keep a dialog going, we need to find common ground somewhere... I do not accept that we as a civilized society can not or will not do everything in our power to prevent what happened in Aurora, Newtown, Columbine, Virginia Tech and all the other places to numerous to mention...these incidents are becoming much to common. This case in particular epitomizes a certain
sense of self righteousness we have seen developing in recent years. It is unbecoming of a great nation and it's people. If great is what we want to be then I think we all need to step up.
http://www.nydailynews.com/news/crime/eyewitnesses-recount-moment-michael-dunn-shot-killed-teen-loud-music-article-1.1606495
( as this is being written, the jury is deciding the outcome of this case...)

Even Arnold Schwarzenegger, when he was Governor, found common ground on a form of gun identification which was  put into effect in California not that long ago;
http://www.sfgate.com/news/article/Gun-control-Cartridge-ID-law-to-take-effect-4527165.php

On a more pleasant note, please don't forget to enter our LOVE IS... contest!

Have a great and hopefully snow free weekend!

IT'S A NOODLE QUEST...IT'S ALMOST VALENTINE'S DAY and we want to hear from you!

We are looking for the best reply to the statement " Love Is..." ( see the example below )

An enigma wrapped in a conundrum

SOME THINGS TO THINK ABOUT THIS WEEKEND... 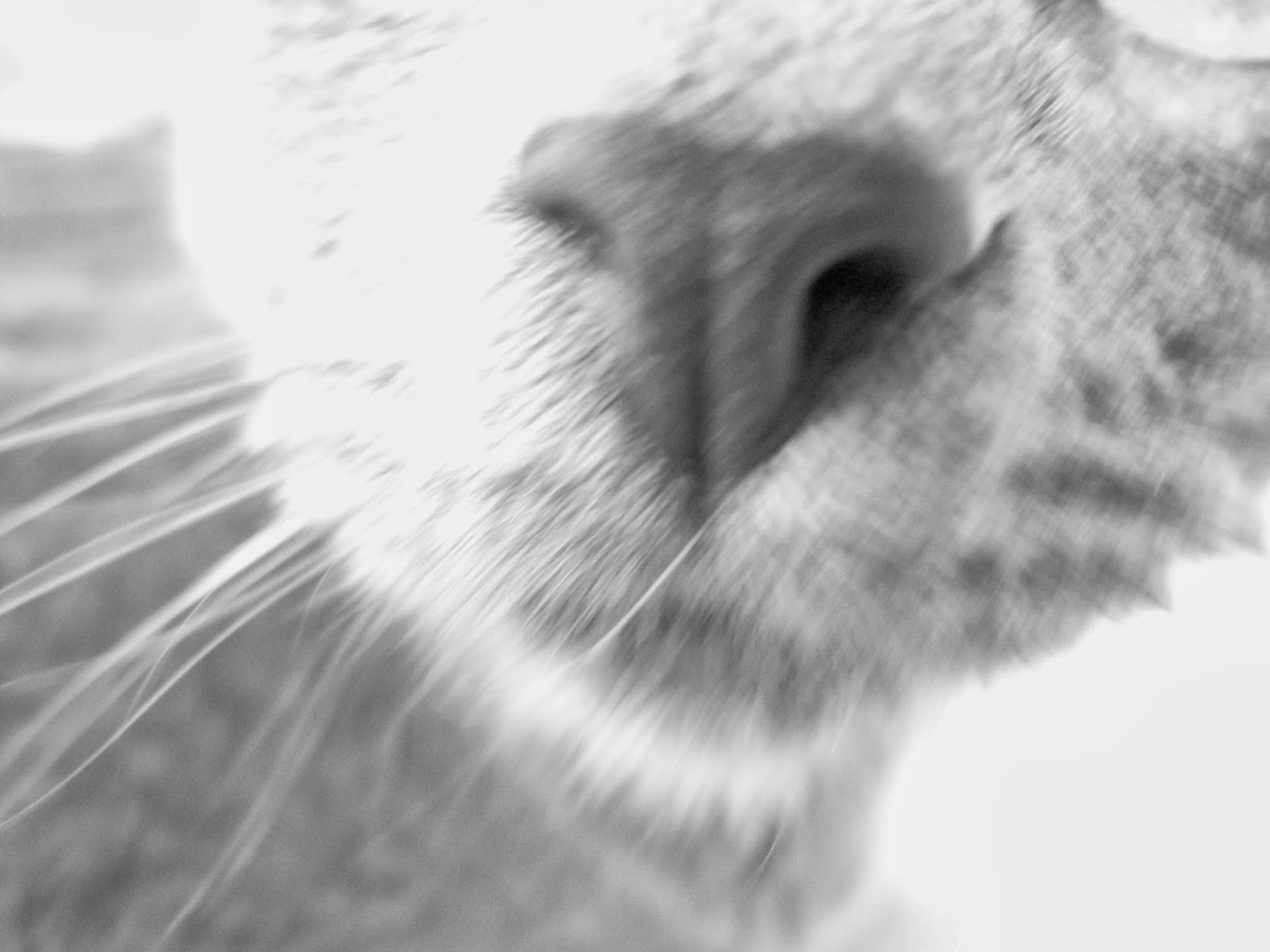 Just how broken is our justice system? Remember the young man who killed 4 people while driving drunk who used the defense of Affluenza...
http://www.huffingtonpost.com/2014/02/05/ethan-couch-affluenza-teen_n_4729821.html
What if we had a system where everyone had the same access to legal representation no matter how poor or wealthy you were? Thoughts?

An open letter to a customer from a restaurant owner in a difficult situation ( get the Kleenex ready )...
http://www.huffingtonpost.com/tony-posnanski/to-the-woman-and-child-who-sat-at-table-9_b_4613722.html?icid=maing-grid7%7Cmain5%7Cdl4%7Csec1_lnk3%26pLid%3D439406

And lastly; today is the fiftieth anniversary of the Beatles first visit to the U.S.A. which launched the
British Invasion. Thank you England, that's some mighty amazing music! We love you yeah, yeah, yeah... 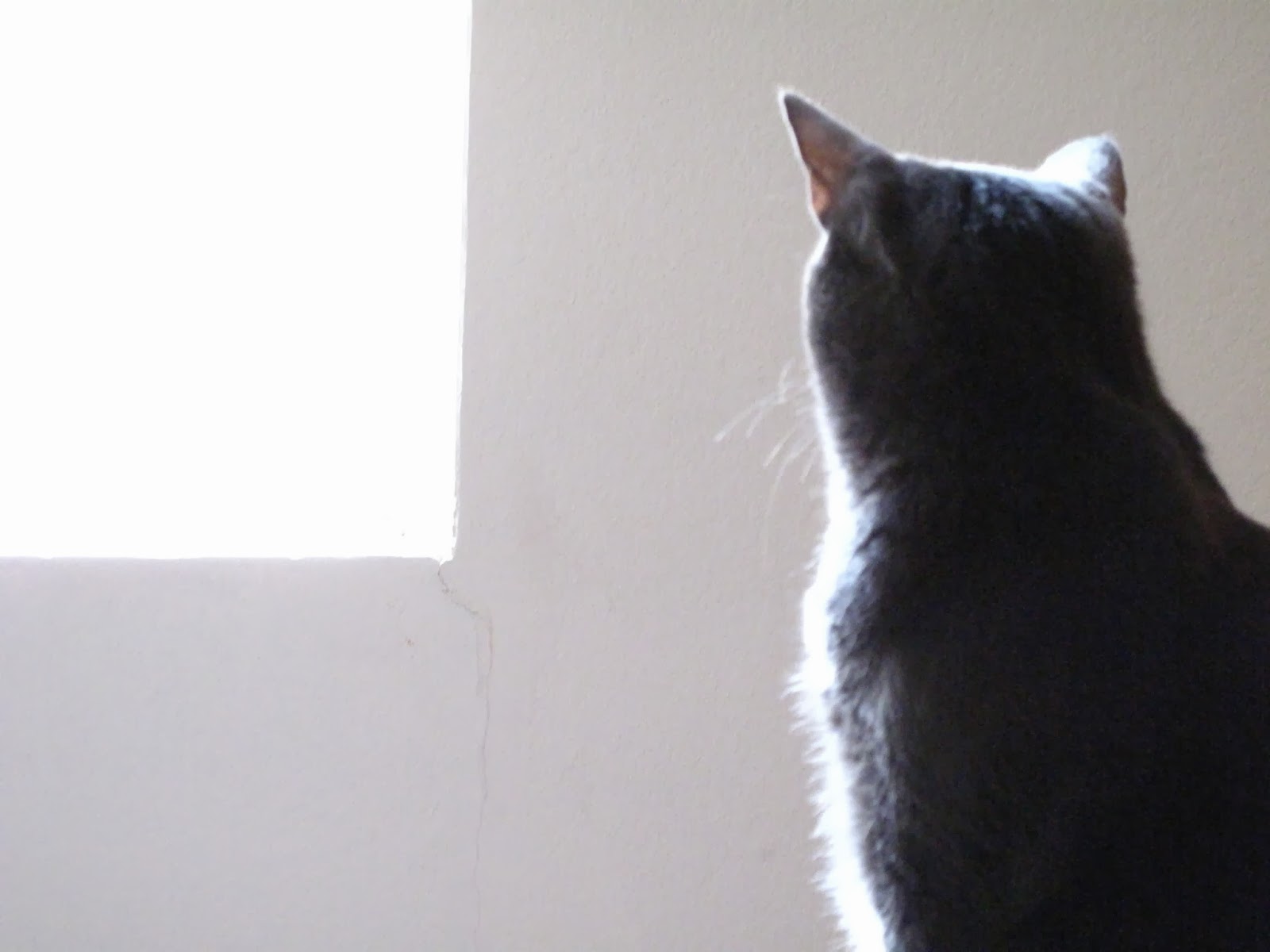