It's time for Noodle's Sticky Paws and Hairballs vs. Kitty Kisses and Fuzzy Hugs...

This week; WTF?  Or, three things you should know about Ted Cruz... 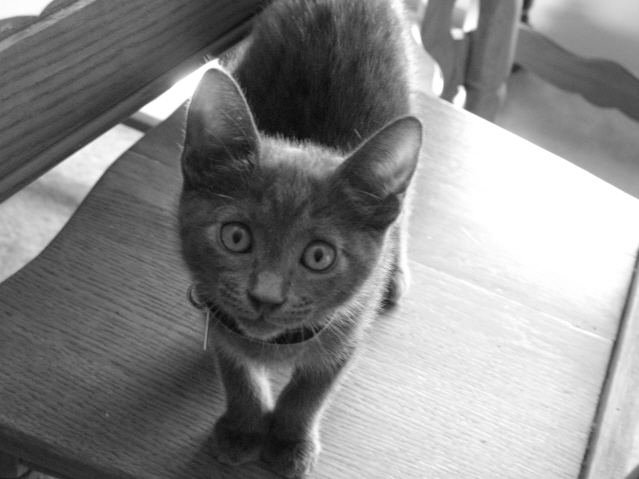 Okay, right up front we are giving a Noodle first; three, count them three sticky paws all together to...
drum roll please....Ted Cruz!

yes, Ted Cruz the man who has made it his mission in life to kill The Affordable Care Act aka; Obama Care. And why you may ask? Well, it seems as though Ted has been on his wife's insurance
but during his run for president his wife will be on leave from her job so they won't have her insurance anymore. So, he will be signing up for the insurance plan that congress uses which is the ACA.  I am NOT kidding you. Ted Cruz, the Ted Cruz is going to sign up for health care through the exchange...I'm going to let that just sink in for a minute... http://www.washingtonpost.com/blogs/post-politics/wp/2015/03/24/ted-cruz-is-signing-up-for-obamacare/

And speaking of Ted Cruz, did you know that when he announced his run for president the other day he did so at Liberty University. Here's the thing... he did it to a captive audience and I don't mean they were captivated by his words and presence they were literally captive! Students were told to go to his speech or they would be fined ten dollars! http://www.huffingtonpost.com/2015/03/23/ted-cruz-liberty-university_n_6924752.html I see another one of those pesky sticky paws headed your way Teddy!

And if that weren't enough Ted Cruz information here is one more thing... While being interviewed after announcing his run for president, Ted told the interviewer that his music tastes changed after September eleventh... apparently pre 9/11 he was into rock music but after those events he was upset with rock (????) and switched to country music because....??? I really didn't quite get why and  I honestly didn't really care. If you do, the explanation, such as it is, is contained in the link;  http://www.salon.com/2015/03/24/ted_cruz_i_stopped_liking_rock_music_after_911/

Moving on to kisses and hugs;

We want to give a big fuzzy hug and a kitty kiss to all these women for being inspirational and truly giving their best to humanity; http://mom.me/mind-body/13702-10-moms-who-changed-world/item/ann-maria-jarvis/


Next a big kitty kiss to animal antics! Check out these goofy animal videos! https://www.youtube.com/watch?v=C8xiy1JZbNk


And finally a big fuzzy hug to....ME! Why? Because Wednesday April 1st is my birthday that's why!


Have a super duper weekend! 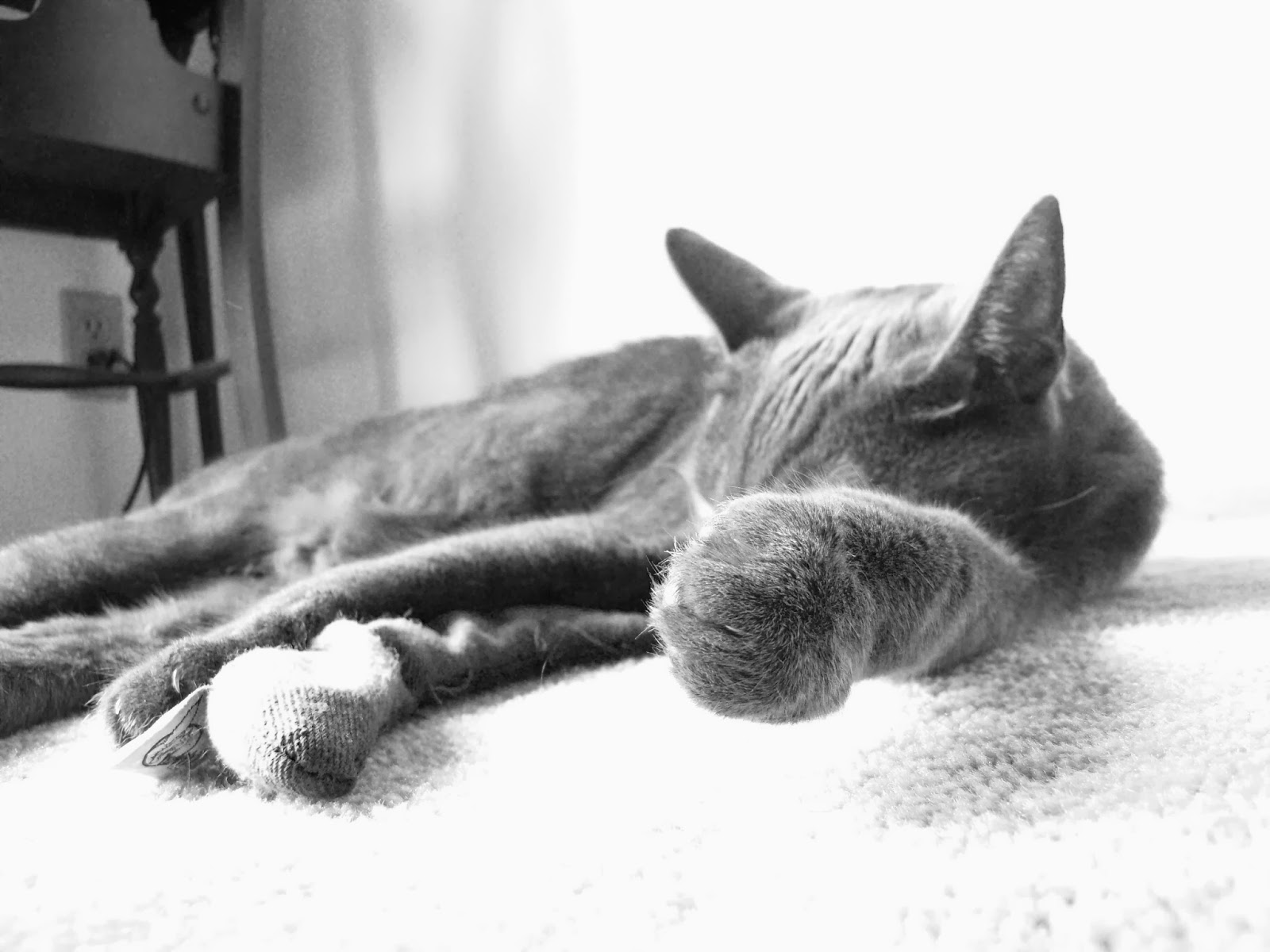 We know the weekend is almost over but we couldn't let it go by without a couple of Sticky Paws and one big Fuzzy Hug... 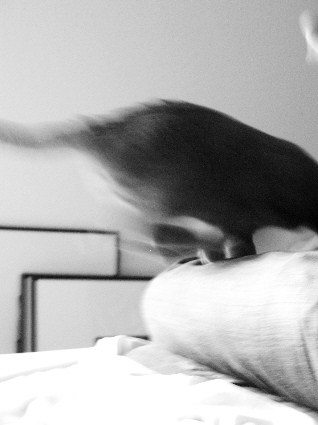 First up, a sticky paw to something pretty scary in soooooo many ways... ( just look at the photo of Noodle and her reaction to it!); http://jezebel.com/insane-lady-at-rick-santorum-event-obama-tried-to-nuke-1692250532


Next, we want to give a great big sticky paw with a side order of hairball to the New Hampshire state house for giving a group of 4th graders a taste of the reality of politics! We call this one the dream crushers... http://www.huffingtonpost.com/2015/03/19/new-hampshire-state-house-kills-dreams_n_6903806.html


And because we don't want to leave you on a pessimistic note...here is a wonderful animal filled video full of fuzzy hugs and kitty kisses, sure to make you smile; https://www.youtube.com/watch?v=vnVuqfXohxc

It's Anything Can Happen Thursday!
Yep, we are stealing a line right out of The Big Bang Theory. We will be talking about all kinds of things from week to week...anything can happen!

THIS WEEK:  SOMETIMES YOU HAVE TO WALK OUT ON THE LEDGE AND HOPE FOR BALANCE...﻿

We want to weigh in on Starbucks campaign to Race Together; http://blog.seattlepi.com/seattlepolitics/2015/03/17/schultz-wants-starbucks-employees-to-rap-about-race/,  we are after all coming to you from Seattle, the home of Starbucks so....

Here's the deal, Howard Schultz the CEO of Starbucks is trying to start a dialog about race relations; http://news.starbucks.com/news/race-together-conversation-has-the-power-to-change-hearts-and-minds by having baristas broach the subject by writing "race together" on customers cups. The initial response has been mostly tweets and comments as to what a stupid idea this is or
"what on earth were you thinking?" Here's the thing...this might not have been the most thought out of ways to engage the public in talking about race and racism but... what is? If someone somewhere doesn't start a broader conversation then don't we end up right where we were? I get it, people buying their coffee may be in a hurry, they may not want to talk about race or anything else for that matter but if someone somewhere doesn't take a hit for trying, then nothing ever gets done and we will all be sitting around our local Starbucks bitching about that.. I say kudos to Mr. Schultz for stepping up, at least he's trying which is more than anybody else seems to be doing, including his critics.
Of course this isn't the answer to race relations! But it's a baby step and that is where you have to start sometimes... and let's face it, he did get you talking didn't he?!


Have a super weekend... 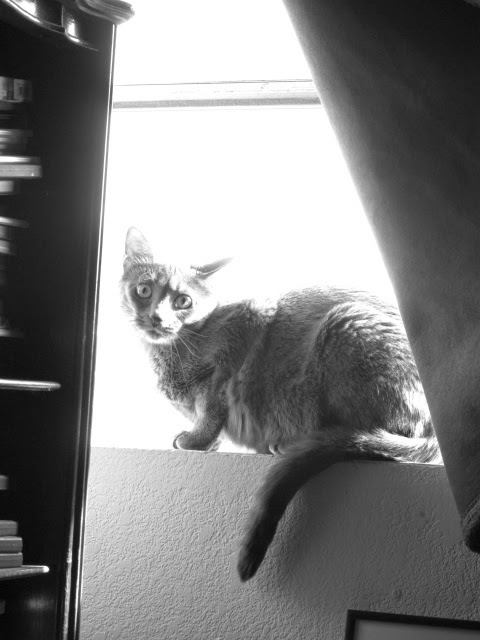 Second, we want to thank everybody who voted for us at; http://jpgmag.com/photos/3752251

And, we found 26 things cats are not;
http://www.buzzfeed.com/kmallikarjuna/26-things-cats-are-not#.nb81WMY23
We know there are a lot more...

Have a great Monday!

A NOT SO WORDLESS WEDNESDAY...

So, it's me Noodle...and I'm here to ask all you cats and kittens out there to raise those paws and click that VOTE button on this linkie thing below and vote for me, Noodle! Oh please, oh please, oh please... http://jpgmag.com/photos/3752251 voting is open from 3/9- 3/15...thanks!

It's the weekend and that means it's time for...you guessed it, Sticky Paws and Hairballs vs. Kitty Kisses and Fuzzy Hugs! 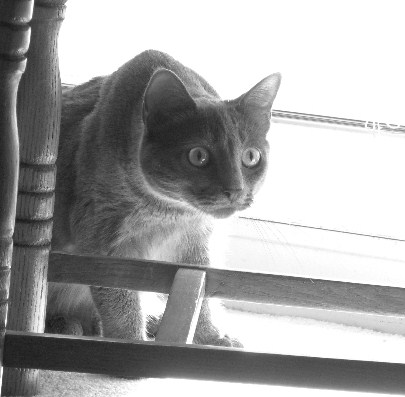 We here at Noodle's crew want to give ourselves a sticky paw! On Sunday afternoon we met a very nice family selling Girl Scout Cookies in our neighborhood...Logan was dressed as a cookie and his mom graciously let us videotape him being a dancing cookie. Well, the member of Noodle's crew doing the videotaping somehow deleted Logan's dance! So, big sticky paw to us and a so sorry too Logan who did an amazing job...If we run into them again perhaps we will get a second chance and you can see for yourselves " the amazing dancing cookie ".
In the meantime don't forget to buy some Girl Scout Cookies...

And speaking of huge things...a big kitty kiss with a touch of envy to Apple. Did you know that Apple has more money than anybody anywhere?
Just how big is Apple? $ 700+ Billion with a B! That's twice the worth of Exxon as well as being worth more than Wal-Mart,GE, McDonald's and GM combined!
http://247wallst.com/investing/2015/02/11/apple-value-now-larger-than-combined-ge-wal-mart-gm-mcdonalds/

We are holding our little kitty breath to see what the Supreme Court will rule on the Affordable Care Act... will they get a sticky paw or a kitty kiss? If they strike down the law, it will be devastating to millions of people who have just gotten used to the idea that they finally have health care; http://www.usatoday.com/story/news/politics/2015/03/04/supreme-court-obama-health-care/24320547/

A big sticky paw to some members of congress for throwing anything and everything up against the wall to see if and how long it will stick! With Hillary Clinton back in the news because of e-mails, you had to know that BENGHAZI, BENGHAZI, BENGHAZI wasn't far behind! http://www.huffingtonpost.com/2015/03/04/house-benghazi-hillary-cllinton-emails_n_6802244.html
buckle up kids, we are in for a long ride...

A huge kitty kiss to some forms of civil disobedience! This is one of the best stories we've heard in a while.
Seems with all that snow that fell in Washington DC, kids wanted to make the most of it by sledding and sliding down the hills of the capital as they usually do when there is snow, so defying the ban they sledded anyway! And smiles were had by all... http://www.slate.com/blogs/the_slatest/2015/03/05/capitol_hill_sledding_kids_sled_down_capitol_hill_despite_anonymous_lawmaker.html


And lastly a big fuzzy hug to Jimmy Fallon for being Jimmy Fallon and giving us these great things to watch!Watch and listen to this duet;
http://www.inquisitr.com/1892261/jimmy-fallon-kelly-clarkson-duets-video-hits-1-on-most-popular-on-youtube-list-video/


Have a great weekend... 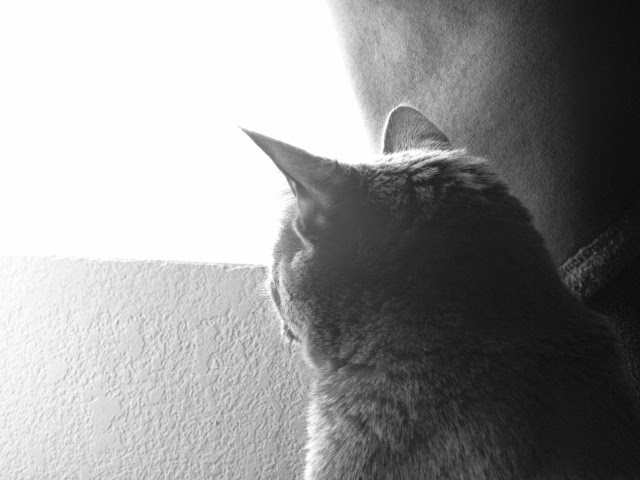