Its Monday And You Know What That Means! 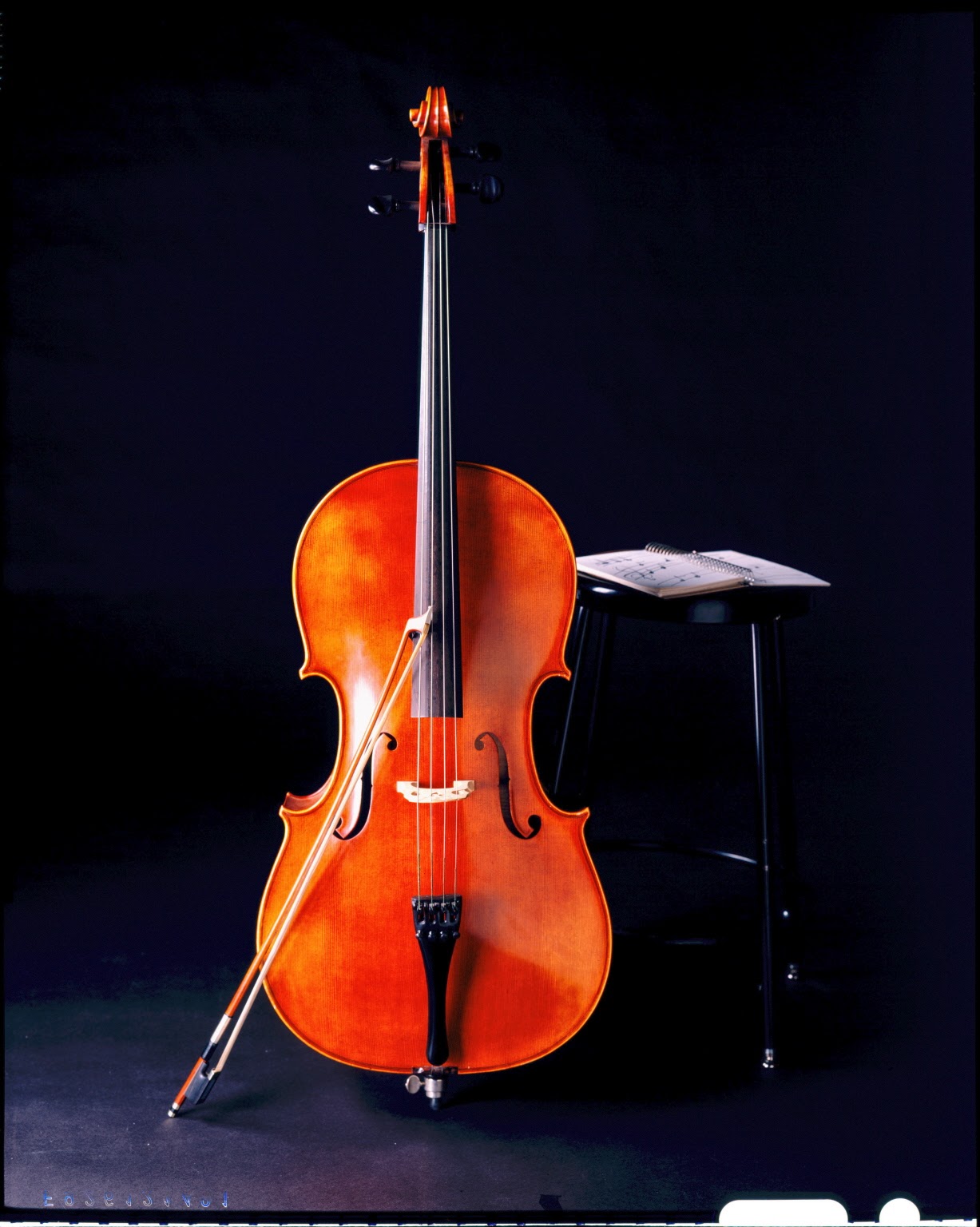 It's time for music!

This is a video of a performance from the Help For Haiti Concert, take a listen; https://www.youtube.com/watch?v=n1LOm69hpR0

And if your tastes run a bit more toward the classical, check out Anne Akiko Meyers;
https://www.youtube.com/watch?v=9clXXo8acSA

Have a great Monday!

It's the weekend and you know what that means...
it's time for sticky paws and hairballs vs. fuzzy hugs and kitty kisses! 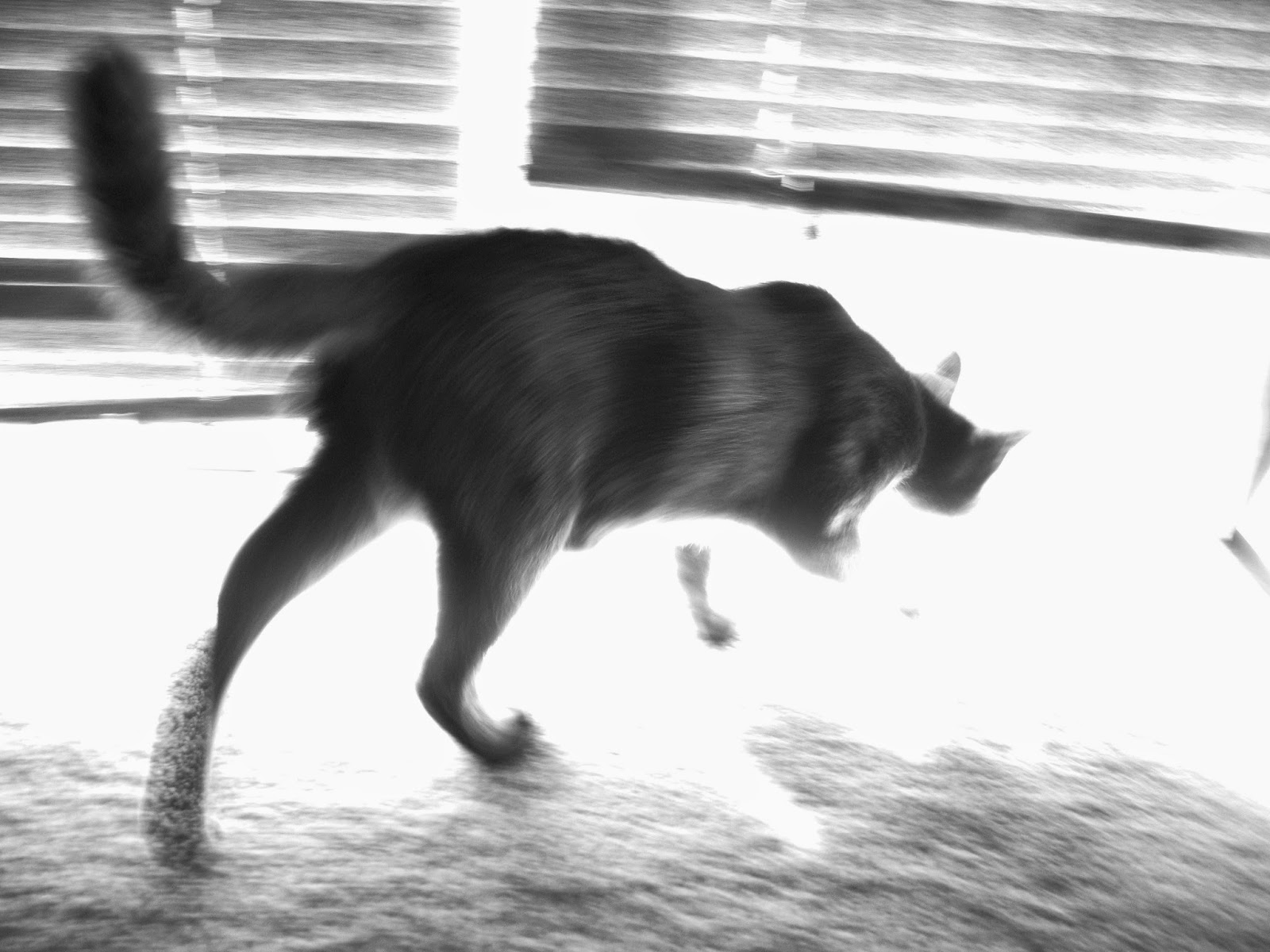 OK, now down to business...

First up; a great big sticky paw to the Supreme Court for two separate rulings so technically I guess that's two sticky paws with a dash of hairball thrown in and a side of hypocrisy for Justice Scalia!
In their supreme wisdom the court stuck down a law which allowed for a 35 foot buffer zone for those folks wanting to "talk" to women entering a clinic which provides legal abortions as well as other medical services. Ironically, the Supreme Court has a 100 foot buffer zone which they feel they need...hummm... DING, DING, DING wow they just won a place on my Hypocrisy Hall Of Shame.
http://www.huffingtonpost.com/2014/06/26/mccullen-v-coakley_n_5533136.html

The court also decided that President Obama has a lot of nerve passing any executive orders even though he has passed less than most other president before him and certainly nowhere near as many or as extreme as some of the executive orders that George W. Bush signed into law! http://www.huffingtonpost.com/2014/06/26/supreme-court-recess-appointments_n_5533174.html


Next up; a big hairy hairball to John Boehner. Mr. Speaker announced he would be suing the president, he's not exactly sure what for but he'll let us know when he knows...seriously people I'm not making this up!
http://abcnews.go.com/blogs/politics/2014/06/how-to-sue-the-president-in-4-not-so-easy-steps/

And last but certainly not least a big kitty kiss to John Stewart for explaining what happens when Open Carry and Stand Your Ground collide ;
http://www.huffingtonpost.com/2014/06/06/jon-stewart-open-carry_n_5457760.html

Have a great weekend, 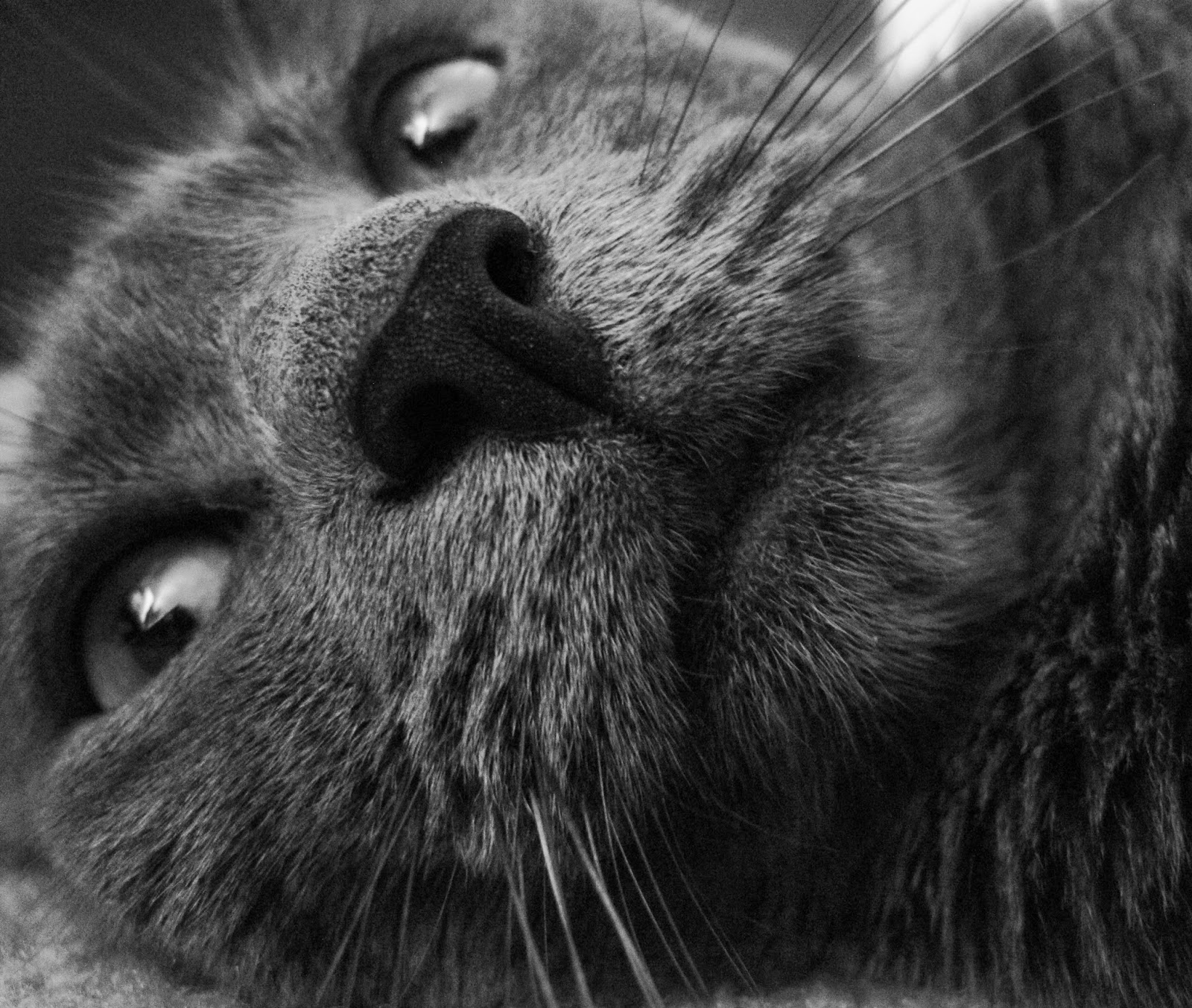 I really hate that camera! 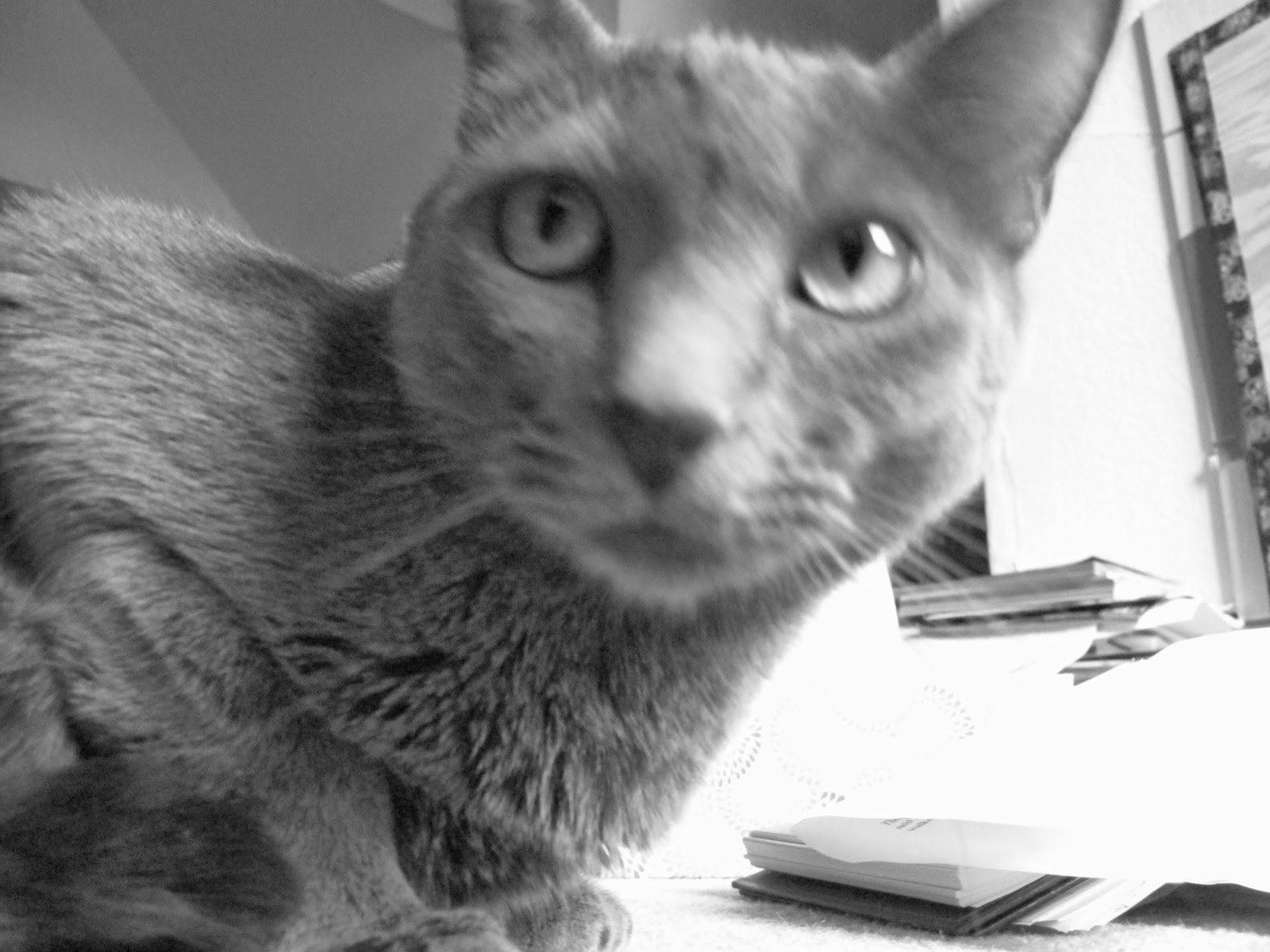 This is the video that started it all...
preformed by Lulu and the Lampshades. Take a listen; https://www.youtube.com/watch?v=DWCOYJg9ps4 then;
It was picked up by  Anna Kendrick and used as her audition piece for a film called Pitch Perfect. They gave her the part and liked it so much that they put it into the movie, the video of the song went viral! check it out; http://www.youtube.com/watch?v=cmSbXsFE3l8


Have a happy Monday!


THIS IS A TEST...
please watch the two videos at the links below then answer this question. Is this;
a.  DISGRACEFUL BEHAVIOR
or b. BLISSFUL IGNORANCE? 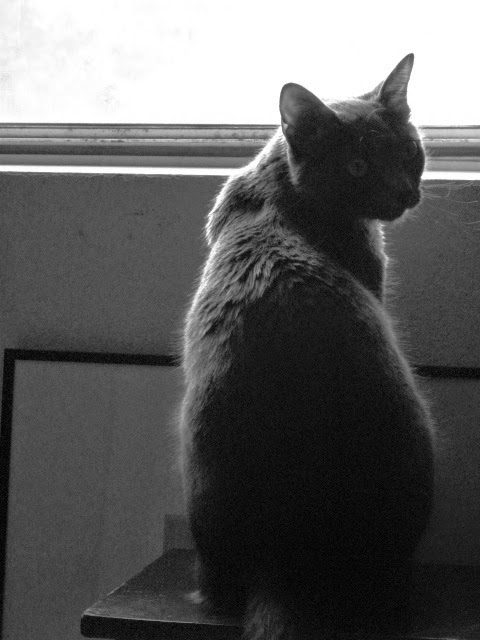 Lately it feels as though we as a country are taking no steps forward and three or four steps back. My human grew up in the 60's, you know all that protesting and hippy stuff...
but here's the thing...a lot of people put forth a lot of effort and got things done! Big things! Like; The Civil Rights Act, The Voting Rights Act and The Open Housing Act. Head Start, Job Corps, The National Endowment for the Arts, Medicaid and Medicare, The Clean Air Act,  the fair immigration law, women's rights... you get the idea.
I look at where we are now and ask myself,,, what have we done lately? Congress hasn't passed much of anything in years at a time when we need to be doing a lot. And some of the things that I thought we had fought hard for and won, seem to be unraveling... and I wonder why.

So take the test and see how you feel when you are done...

The first video is long! I admit it...but I swear it's worth watching all 16 minutes...
the second one is about 4 minutes. They are very different and both very compelling...

So what do you think? Is it a or b? Disgraceful behavior or blissful ignorance?
Then ask yourself, what do we do about it?


This has been a message from you're conscience.

Now that's one handful of feline! 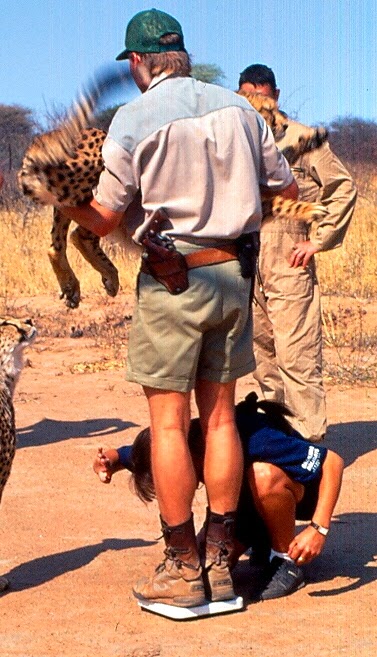 Have a great Wednesday!
Noodle and crew
Posted by Noodle Cat at 8:33:00 AM 6 comments:

The Weekend Is Here It's Sunday and You Know What That Means...
it's time for sticky paws and hairballs vs. kitty kisses and fuzzy hugs! 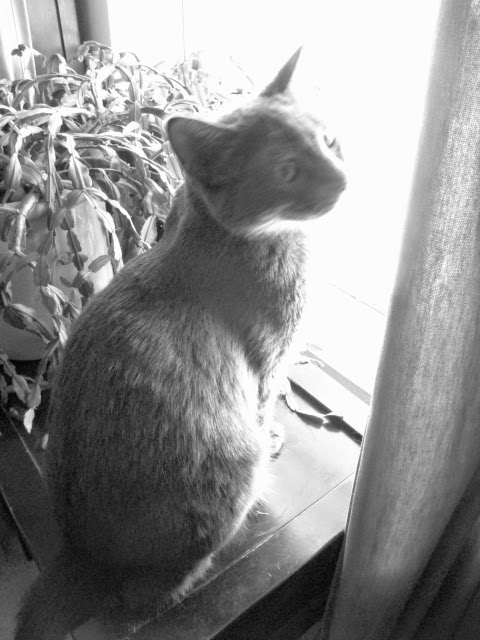 A big fuzzy hug to Stephen Colbert for taking on Amazon; http://www.policymic.com/articles/90567/stephen-colbert-just-explained-why-we-should-all-boycott-amazon

On a lighter note; Here are some of the best food quotes from Seinfeld; http://www.kitchendaily.com/read/best-seinfeld-quotes-about-food?icid=maing-grid7%7Cmain5%7Cdl10%7Csec3_lnk4%26pLid%3D488548

And last but not least our favorite video this week, check out what The Daily Show thinks of Google Glass; http://www.huffingtonpost.com/2014/06/13/google-glass-daily-show_n_5491565.html?utm_hp_ref=mostpopular

But the biggest news is that tomorrow June 16th is Noodle Day! Which I declared it to be last year at this time... why? Because it was June 16th that I was adopted!
So, have a happy Noodle day and go out and adopt a kitty or doggy or two or three! After all it is adopt a shelter animal month...


Have a great Sunday! 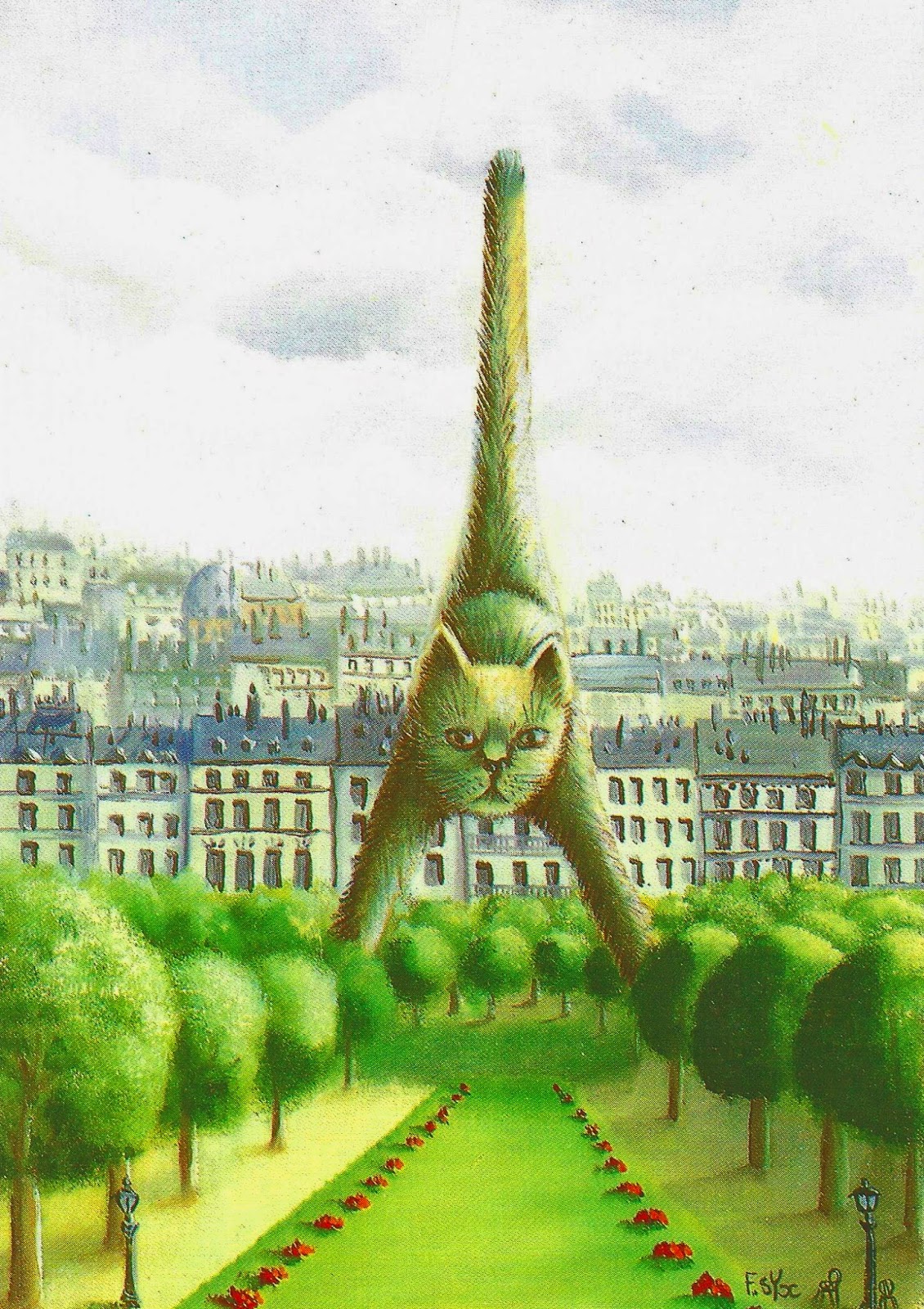 
Have a very Purrisian Wednesday!

Hey Cat's and Kitten's! It's Time Once Again For  Sticky Paws and Hairballs vs. Kitty Kisses and Fuzzy Hugs + The 3rd     Edition of Noodle's Hypocrisy Hall of Shame... 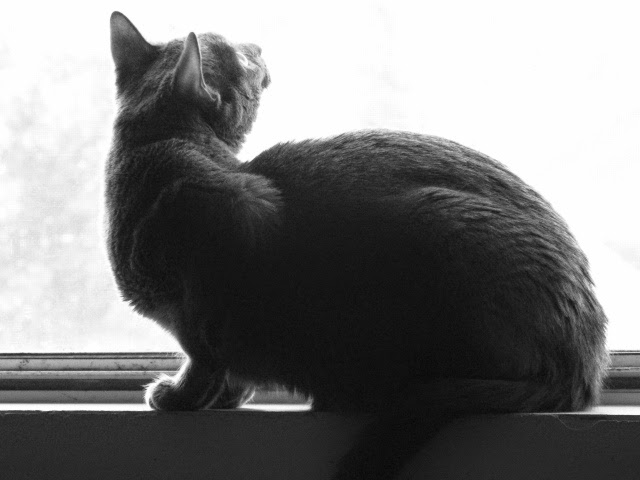 I was going to try to go for a lighter tone this week. You know a little fun video and some music...
And then there was a campus shooting a few blocks from where the human works; http://www.aol.com/article/2014/06/06/police-college-student-disarmed-seattle-gunman/20907863/?icid=maing-grid7%7Cmain5%7Cdl6%7Csec1_lnk2%26pLid%3D485033
The father of one of the victims remarked after the shooting in Santa Barbara that it appears these types of shootings are just something we have accepted in our society and was understandably upset that we don't appear to feel the need to do anything about it anymore. Look I'm just a cat and I say DO SOMETHING ABOUT IT! So here is something you can do. You don't even need to get up out of your chair but if you do nothing else at least do this one thing;  http://www.msnbc.com/ronan-farrow-daily/the-call-not-one-more#break click on the link and send a message to your congressman and I will give you this big kitty kiss badge for your blog...

(we will be adding sticky paw, hairball and fuzzy hug badges very soon)
A great big sticky paw to the 41 Republican Senators that killed a bill to help Vet's find jobs and get health care because they are so worried about the budget. The bill would also have provided funding for 23 more medical clinics and maybe then no one would have to wait or at least wait as long. But it's certainly not congresses job to fix that... oh wait yes it is! After a while I forget and think that because it is all they do now days, that their job is to form an ever growing number of  hearings and to keep voting to get rid of Obama Care; http://article.wn.com/view/2014/04/28/Senate_Republicans_shoot_down_jobs_bill_for_veterans/
AND...they are sooooo worried about the budget that they insist on giving more and more money to the Department of Defense even though they don't want or need it!
http://www.pogo.org/blog/2013/05/pentagon-tells-congress-stop-giving-us-what-we-dont-need.html


We haven't inducted anyone lately but here are our latest nominees to Noodle's Hypocrisy Hall of Shame;
the response to the release and exchange of our last Afghanistan prisoner of war. No matter what the circumstances under which Bowe Bergdahl was captured, the rhetoric that some are spewing is absolutely inappropriate and just plain nasty!
Only hours after posting welcome home and prayers and thanks, a number of members of congress took them back! Can you take prayers back? http://onpolitics.usatoday.com/2014/06/04/bowe-bergdahl-congress-tweets-delete/

And on that subject, another great big sticky paw to the whole " how could Obama release these terrible prisoners, now we will not be safe. He should be impeached"... I think perhaps they need to be reminded that under Bush and Cheney over 500 prisoners from Guantanamo were released and I don't think Bush was impeached...
I'm sensing a double standard here... http://www.huffingtonpost.com/2014/06/03/exbush-official-gwb-would_n_5441391.html

And now for  some fun!

Want to laugh alot? check this out; http://digg.com/video/justin-timberlake-impersonates-jimmy-fallon-on-snl 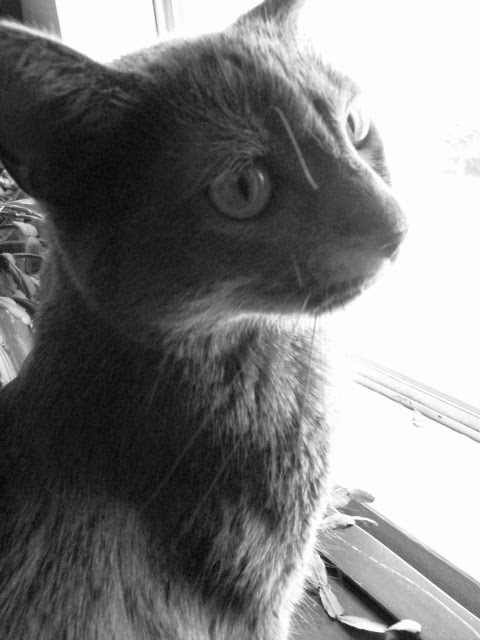 r>g; some of you will know what this means. For those of you who don't go and get a copy of  the best seller Capital by Thomas Piketty. Read it and you will understand the look on my adorable little face. Or you can just click on the link; http://www.demos.org/blog/4/28/14/pikettys-capital-r-g-and-s