Call It What It Is! 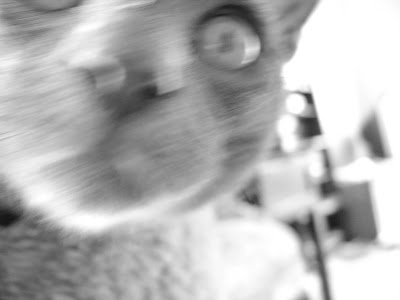 For those of you who are regular readers of my little blog I think I can say with pride that I am a
pretty open minded kitty.

I try very hard to be unbiased and fair and I very rarely rant.
That being said...get ready it's about to get a little bumpy...


So, another day, another shooting. Apparently this is what we have now devolved into.
If we continue to view our cities, towns and nation as combat zones...that is precisely what they will be.


WE HAVE TOO MANY GUNS IN THIS COUNTRY!!!

Donald Trump made a comment after the Paris shootings; "if they had only had more guns maybe it
wouldn't have been so bad".
http://abcnews.go.com/Politics/donald-trump-paris-attacks-people-guns/story?id=35207857

Really? Just so I'll know, how many is enough? Because we already have
tens of thousands. So what exactly is enough guns?

There is no answer of course because the argument is there is never enough for some people so
let's just be honest about it.

So, unfortunately the shootings in Colorado will end up being just another statistic on an ever
growing list...


Next, please for the love of God don't call yourself Pro Life as you gun down those who don't agree
with you!
http://georgetownvoice.com/2015/10/08/right-to-life-with-conditions-the-hypocrisy-of-the-pro-life-generation/

Pro Life means you believe in life. There are no exceptions you do not get to pick and choose. You
are either Pro Life or your not so if you feel the need to kill in the name of your belief or cheer on
those who do...
find a new name because you are NOT pro life you are pro which ever life you deem significant .


Last...this whole bantering about of the of term politically correct... http://www.huffingtonpost.com/dale-hansen/political-correctness-and_b_7620914.html

Making fun of someone with a disability, calling someone ugly, degrading woman, saying all
Muslims are terrorists and all Mexicans are murders and rapists doesn't mean you are tired of being
politically correct, it simply means you're being an asshole!

There are second graders who know better than what some people are calling their right to say what
they want and damn the consequences.
They have come to the conclusion that doing so makes them look and sound tough...news flash it
makes them look petty and intolerant and let's be perfectly honest if anyone makes a derogatory
comment about one of those same folks throwing all this crap about, they whine and moan that
someone is stepping all over their freedom.

Just because you have a loud obnoxious vocabulary that you spew at the top of your lungs
and you put the American flag on everything and have a closet full of weapons and can yell the
loudest doesn't make you tough or strong or patriotic or, and this is very important...it doesn't make
you right!

If you're proud to be a bully, or a bigot or a racist and you believe you have the right to say who
should and shouldn't be able to come to this country and who should be able to live and who should
die.

And if you think this country is so bad (the government is too big, they're trying to take your guns,
we have to seal the boarders so no one who isn't white doesn't get in, the media is too liberal...) do
everybody a favor and leave...we have enough problems without you.

Please...let's get back to being grown ups.

You can probably tell I'm a bit frustrated but for whatever it's worth that's my two cents...


Have a great weekend,

P.S. sorry about the formatting my computer seems to be having a breakdown...

Cats to the rescue! 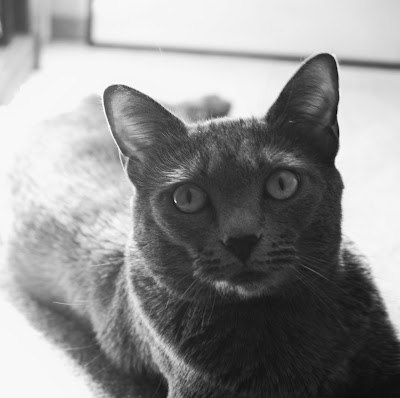 I know it's Wordless Wednesday but, we just had to talk about this...
During the lock down in Brussels this last weekend the police were concerned that civilians might report seeing police exacting raids and going house to house in areas and didn't want it getting out where they where.
They took to Twitter themselves and asked the public to please not tweet or give away their positions on social media of any sort until the all clear.
Being the good civic minded citizens that they are they complied but they did it with humor.
That is where #brusselslockdown came in and cats saved the day! ﻿
http://www.nytimes.com/2015/11/24/world/europe/twitter-cats-to-the-rescue-in-brussels-lockdown.html?_r=0

Some Thoughts For The Weekend... 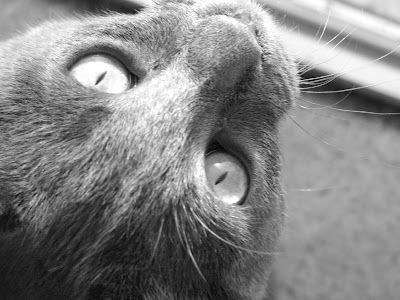 Many of the presidential candidates especially on the right, have stopped trying to convince us all that  immigrants, legal or not in some cases, should be sent back to Mexico. They have instead turned their attention to the Syrian refugees who are fleeing their home countries to find safe havens in other countries including the U.S.

I understand that people are scared.

I understand that people don't like change and things are changing.

I understand that we are suspicious of what we do not know and that we have a tendency to over react in times of fear with shameful consequences; http://www.usatoday.com/story/news/2015/11/18/roanoke-mayor-syrian-refugees/76016936/

You don't have to go back to far to find evidence of this.  A lot of the same voices you are hearing now are the same voices who declared that we would all die of Ebola if we didn't seal the boarders and stop all entry from Africa.

This is one of those times and we can either do the right thing or we can give in to fear.  If we choose to do the latter we alone will have to live with and pass on to our children and their children what we do now.

As I write this 31 Governors have vowed to not accept refugees from Syria in their states and want to stop any from entering the country at all...unless perhaps they are Christen.
Someone asked how would you prove you are a Christen and Jeb Bush tried to explain; http://www.msnbc.com/rachel-maddow-show/jeb-bush-would-back-refugees-who-prove-theyre-Christian

Now the house has just passed a bill with conditions that make it nearly impossible for refugees from Syria or Iraq to enter the U.S. even though we already have a very stringent entrance policy in place that has been working fine.
Right now it takes those who wish to come to the U.S. 18-24 months of extensive screening prior to receiving refugee status.

There is even talk now by some of the Republican candidates of a mandatory registry for all Muslims...  http://www.cnn.com/2015/11/19/politics/donald-trump-barack-obama-threat-to-country/index.html is this a path we really want to go down?

The fact is, you have a much greater risk of being killed while at school or at a theater or the mall
by a white Christian male than by a Muslim terrorist. http://www.dailykos.com/story/2015/6/19/1394617/-NY-Times-Right-Wing-Terrorists-kill-more-people-in-US-than-Muslim-extremists

In these difficult times when it is easy to do what our fear tells us to do, we should never forget;


The attacks in Paris were horrific and tragic.
But in the end what we decide to do now will tell future generations who we were and what we stood for as a nation and as a world...

Keeping in mind that we are a nation of the descendant's of immigrants, let us choose wisely. 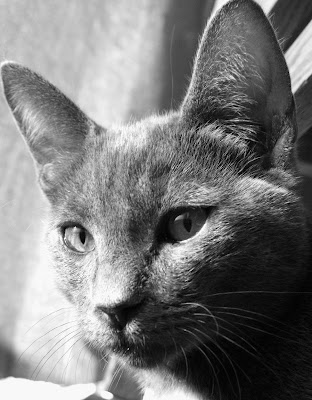 Contemplating a world filled with peace...


Have a wonderful Wednesday. 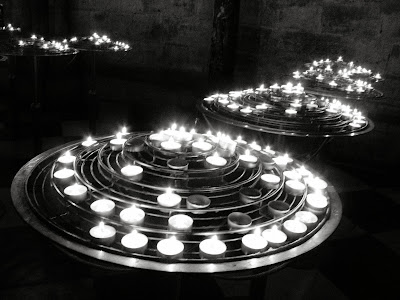 for now we light candles and pray for sanity to return and save us from ourselves.


Our hearts and prayers are with the people of Paris and all of France in their time of grief. 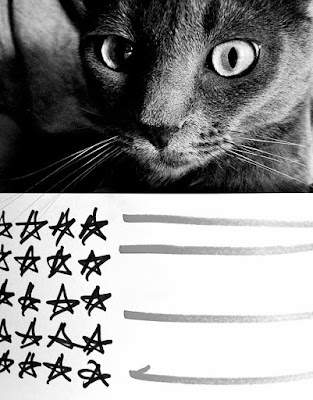 We want to thank all the veteran's out there for their service and wish them all a Happy Veterans Day.


﻿
Have a wonderful Wednesday... 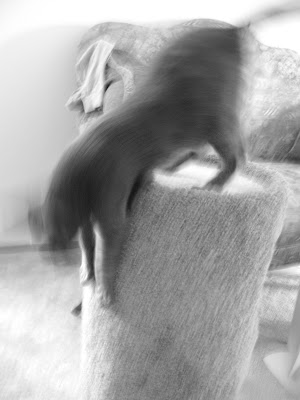 We thought this photo would be appropriate as tonight is Mischief Night  in England, Australia and New Zealand...
http://www.ibtimes.com/what-mischief-night-why-we-celebrate-halloween-eve-pranks-2149445
Have a wonderfully mischievous Wednesday!
Noodle and crew﻿
Posted by Noodle Cat at 7:55:00 AM 12 comments: