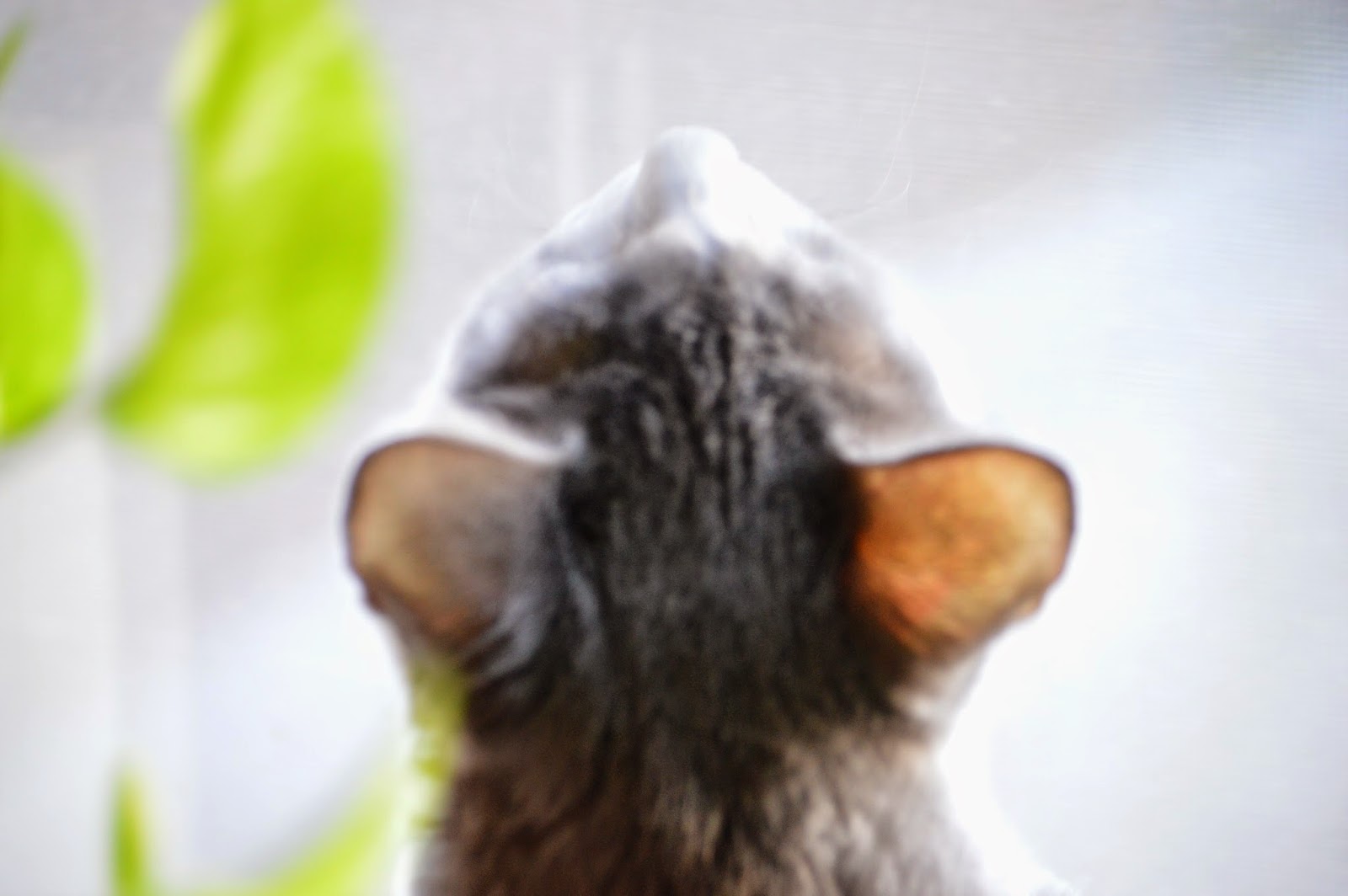 A Somber Sunday;Thoughts and Prayers.... 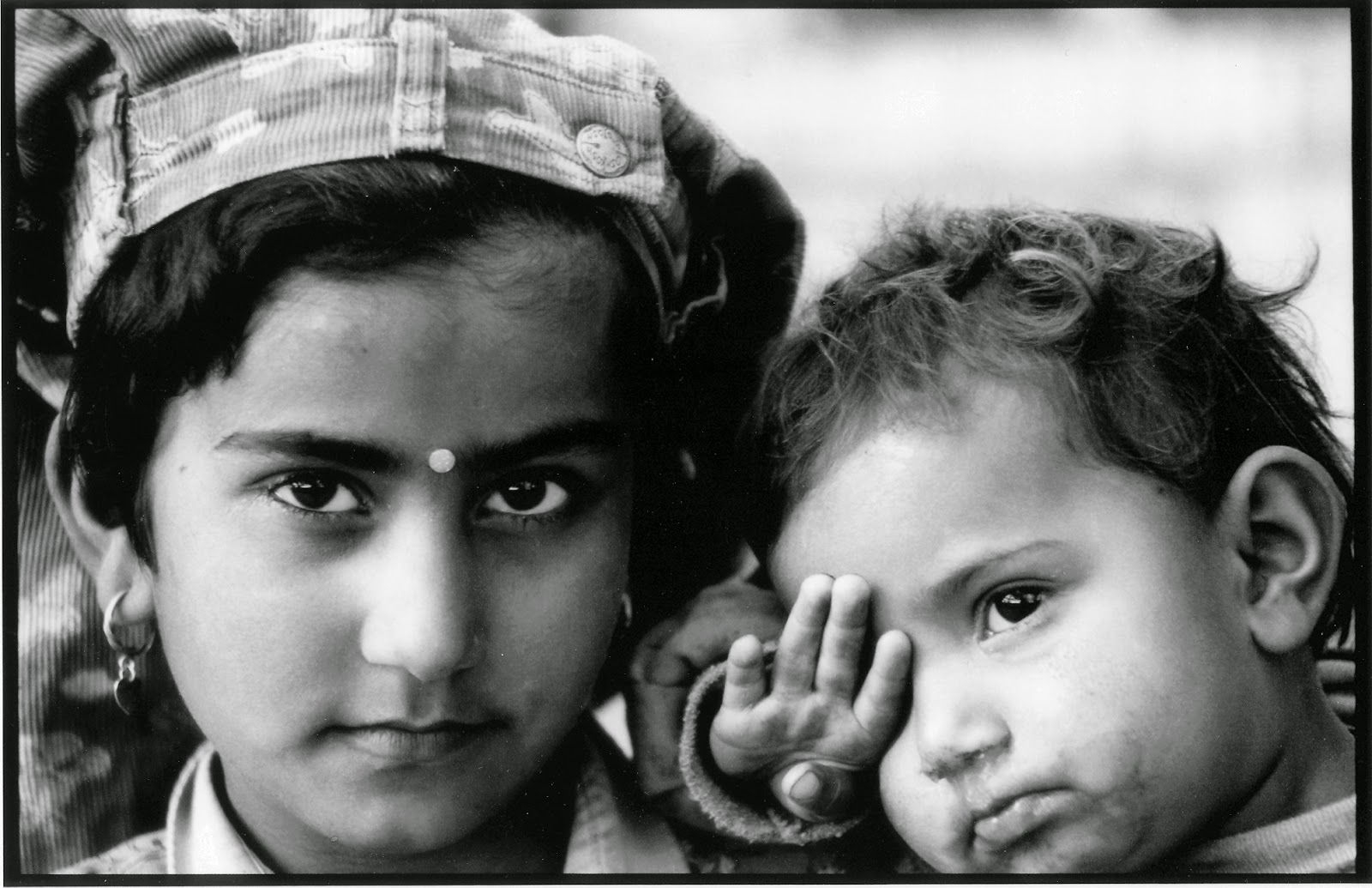 This photo was taken on the streets of Kathmandu, Nepal during a visit  to do an art project with children in a Nepal secondary school who were exchanging art work with children in Seattle , Washington...
Our thoughts and prayers are with all who have been affected by the earthquake and the aftershocks that have devastated the area. http://www.usatoday.com/story/news/world/2015/04/26/earthquake-nepal-aid-rescue-teams/26401907/

Below are photos of some of the students we worked with. We hope they are all safe... 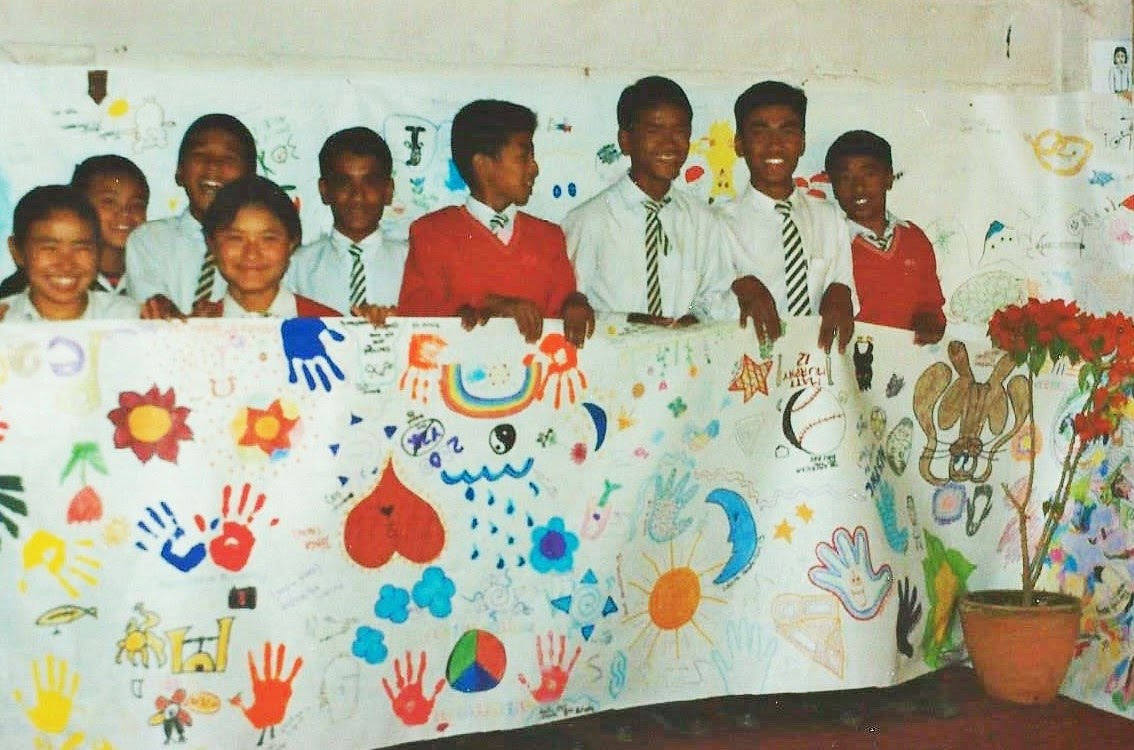 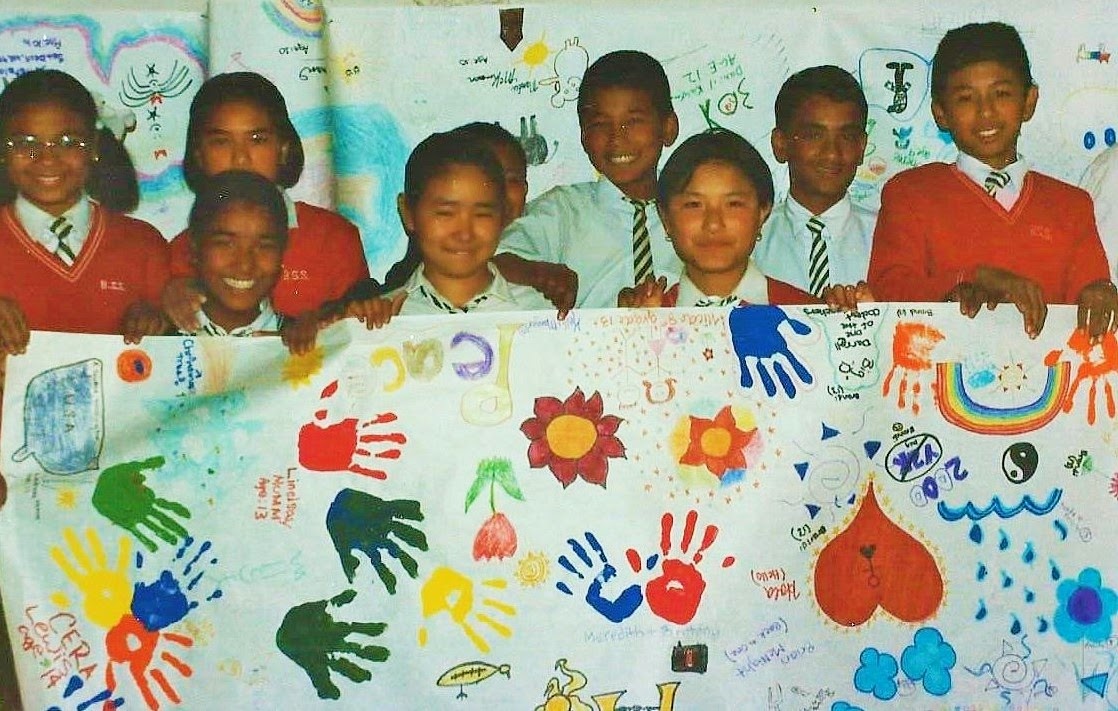 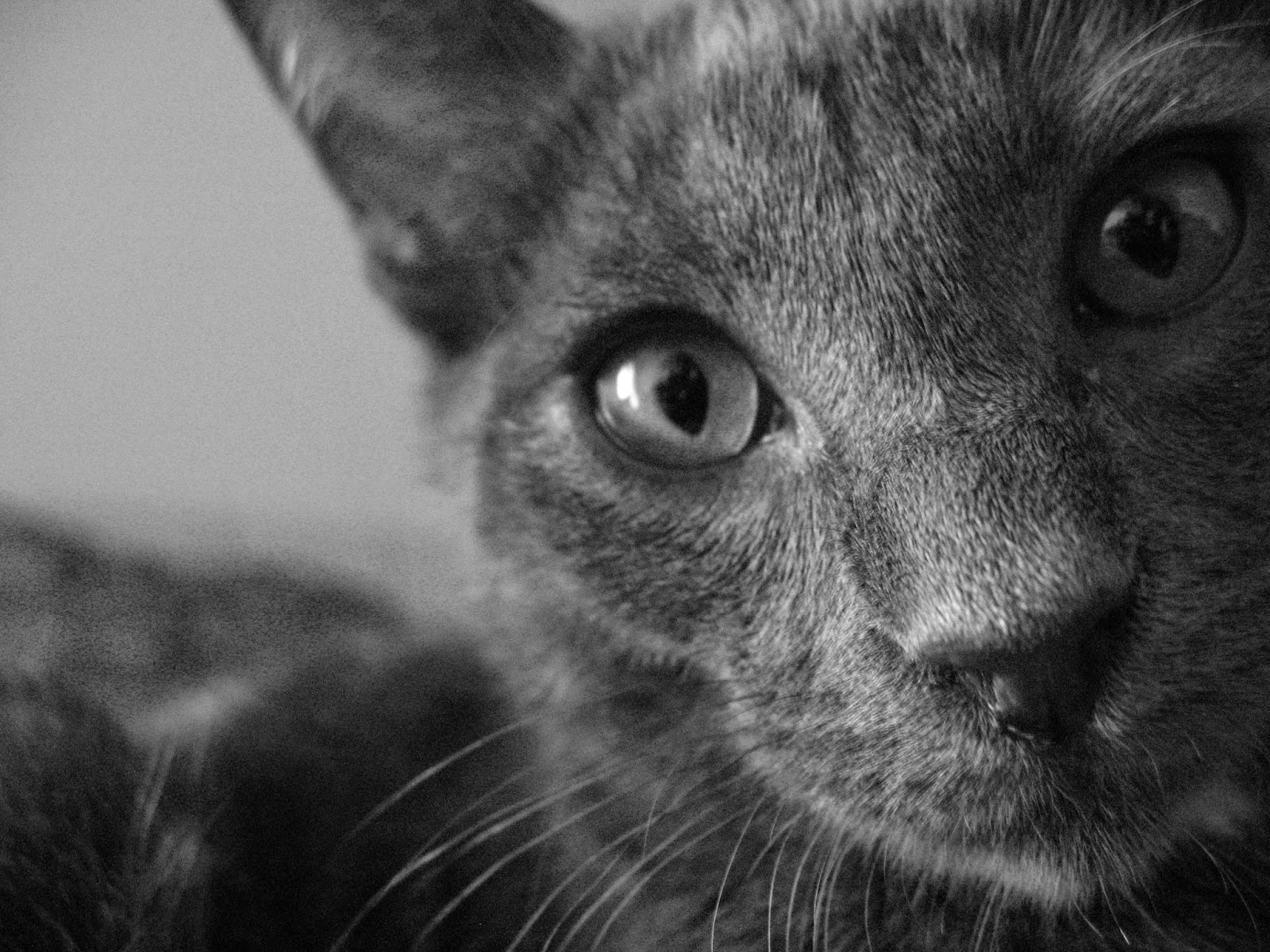 It's Time For More Of Noodle's Sticky Paws and Hairballs vs. Fuzzy Hugs and Kitty Kisses...

We love it when we get to give Fuzzy hugs and Kitty Kisses to local deserving individuals and organizations! So it is with great Seattle pride that we are giving a great big kitty kiss and super huge fuzzy hug to CEO Dan Price of Gravity Payments http://gravitypayments.com
Mr. Price announced that his company will be raising workers annual wages to
$70,000.00 per year! You heard me right... acts like this give us hope that inevitably humanity will come to understand that Spock was right...the needs of the many outweigh the needs of the few...
http://www.nytimes.com/2015/04/14/business/owner-of-gravity-payments-a-credit-card-processor-is-setting-a-new-minimum-wage-70000-a-year.html
We can only hope that other CEO's will follow suit.

And on the flip side...a big sticky paw to Bob Mercer the billionaire backer of Ted Cruz. Problem is he owes the IRS somewhere in the neighborhood of 6 billion dollars! Yep, billion with a B!
If you were asking; where have all our tax dollars gone? With millionaires and billionaires not paying their taxes or paying a teeny, tiny, itsy bitsy portion of said taxes my guess is they are going for fancy cars and houses and... http://www.thedailybeast.com/articles/2015/04/10/meet-ted-cruz-s-tax-dodging-sugar-daddy.html

Next a big hairball with a side of sticky paw to Tulsa, Oklahoma fake police guy, Robert Bates who shot and killed an unarmed man allegedly by mistakenly discharging his handgun instead of his tazer neither of which I can fathom why he was carrying... but and I quote; "it's the second worst thing that's ever happened to me", Gates said which he quickly changed to the worst thing a minute later ; http://www.aol.com/article/2015/04/17/oklahoma-volunteer-deputy-disputes-claim-he-lacked-training/21173471/?icid=maing-grid7%7Cmaing11%7Cdl7%7Csec1_lnk2%26pLid%3D836061949
Look it's a shame that Mr. Bates has had to"go through such a shocking and tragic experience". I think it's a little indignant of him to think of himself as the victim here especially when he put himself into the situation in the first place...

Lots and lots of fuzzy hugs and kitty kisses to all of those affected by the Oklahoma City bombing 20 years ago; http://res.dallasnews.com/interactives/okc-anniversary/ our thoughts and prayers are with you always...


And finally a big fuzzy hug to bunny's...
we were at the pet store today and guess what? They had bunny's! 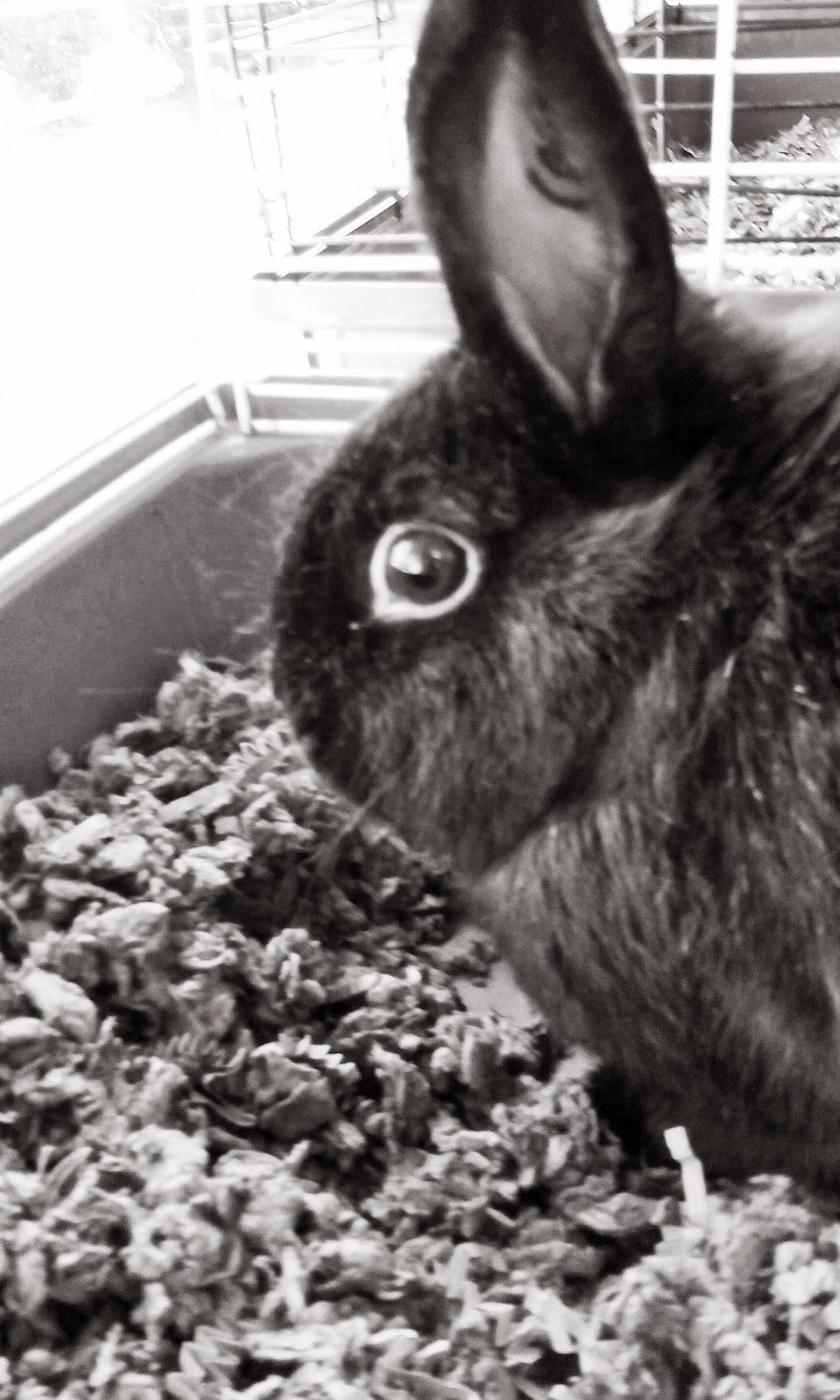 If you have ever wanted a bunny, check out their face book page or give them a call. There are bunny's just waiting for you to come and adopt them... https://www.facebook.com/pages/CritterQueen-Rabbit-Rescue/196155857136485 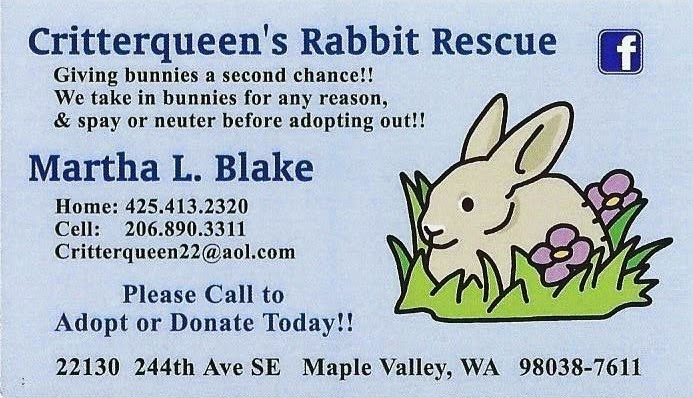 And last but not least...more bunny's! 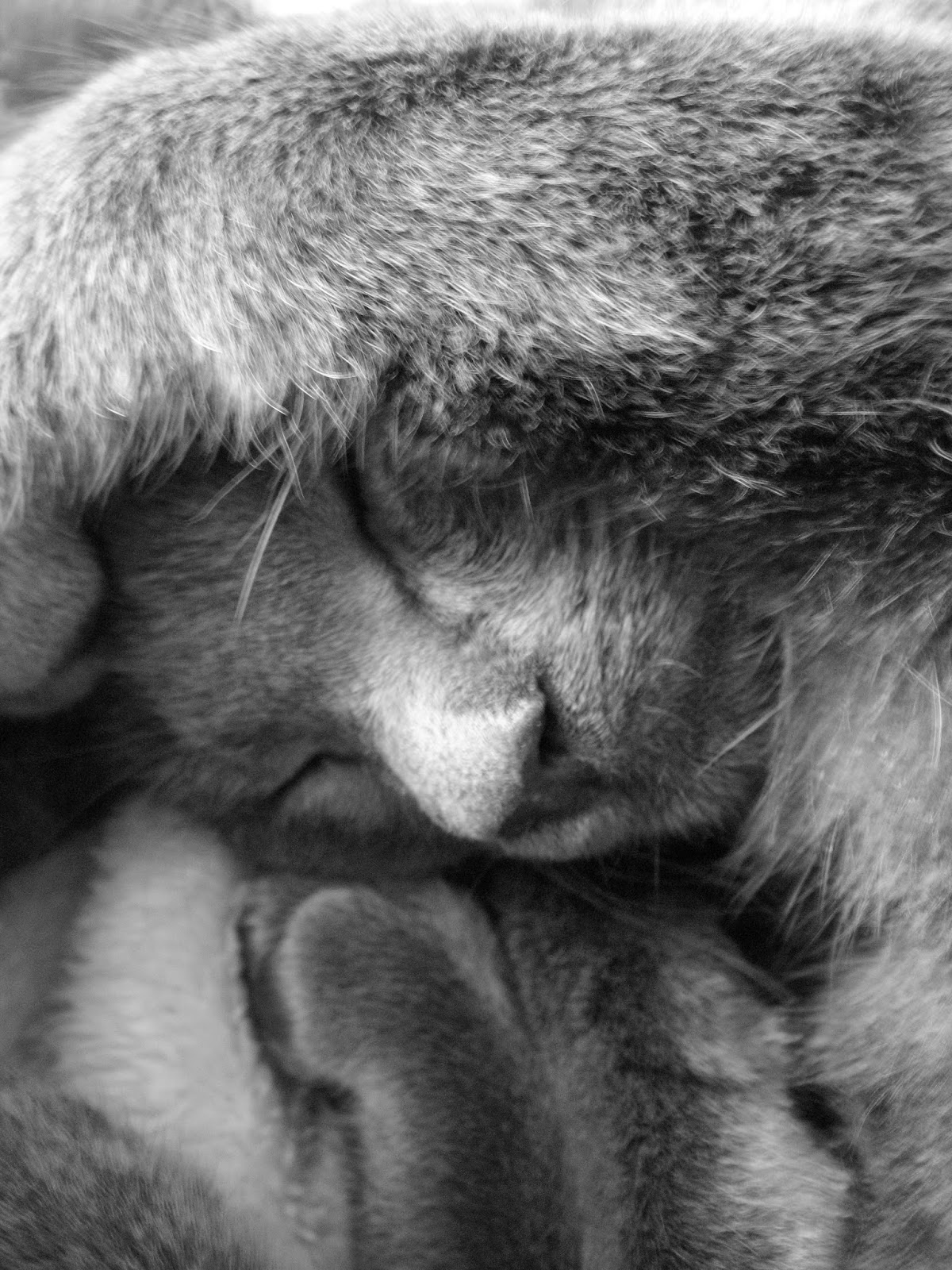 I'm hiding because I did a bad, bad thing... 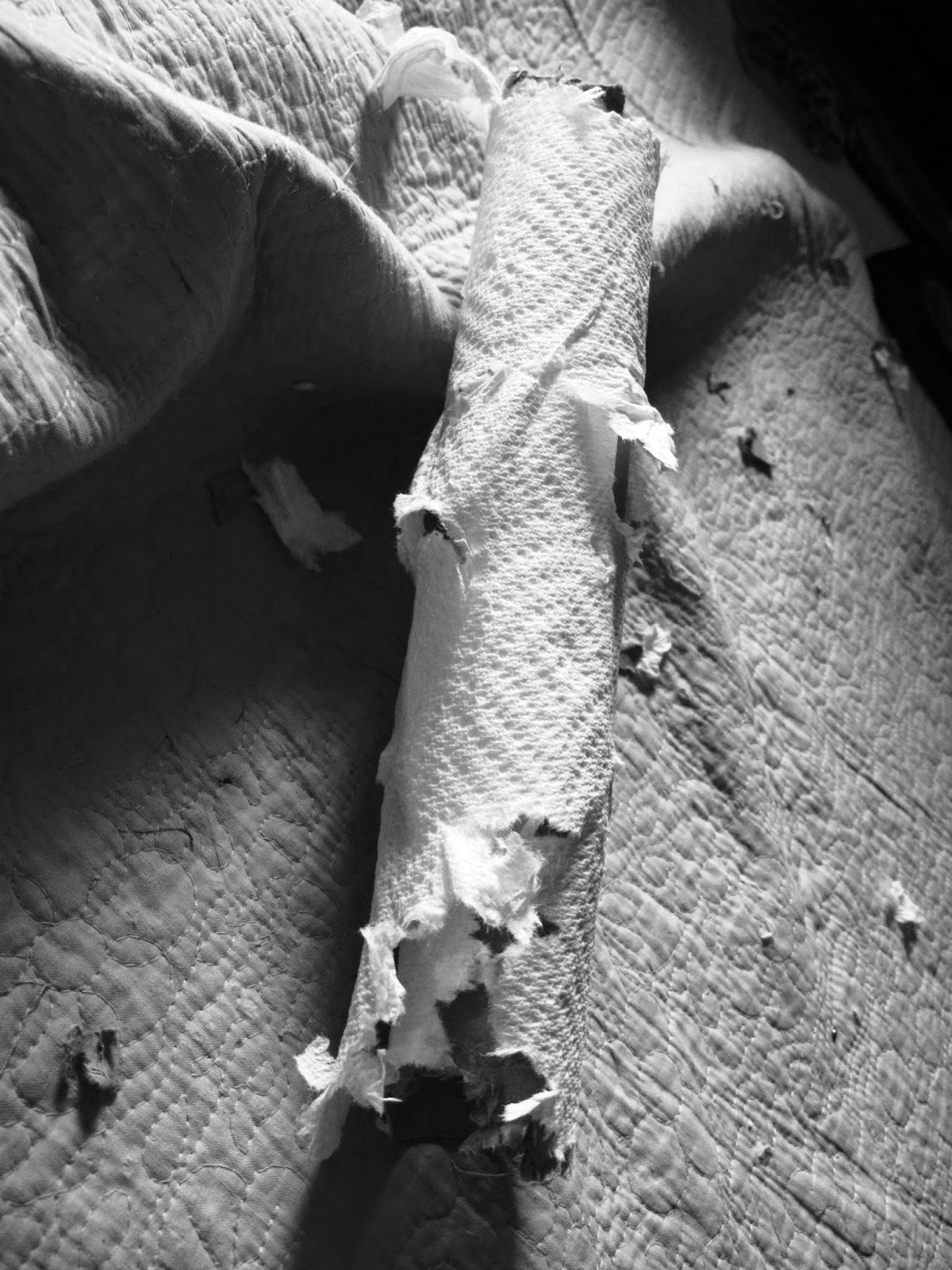 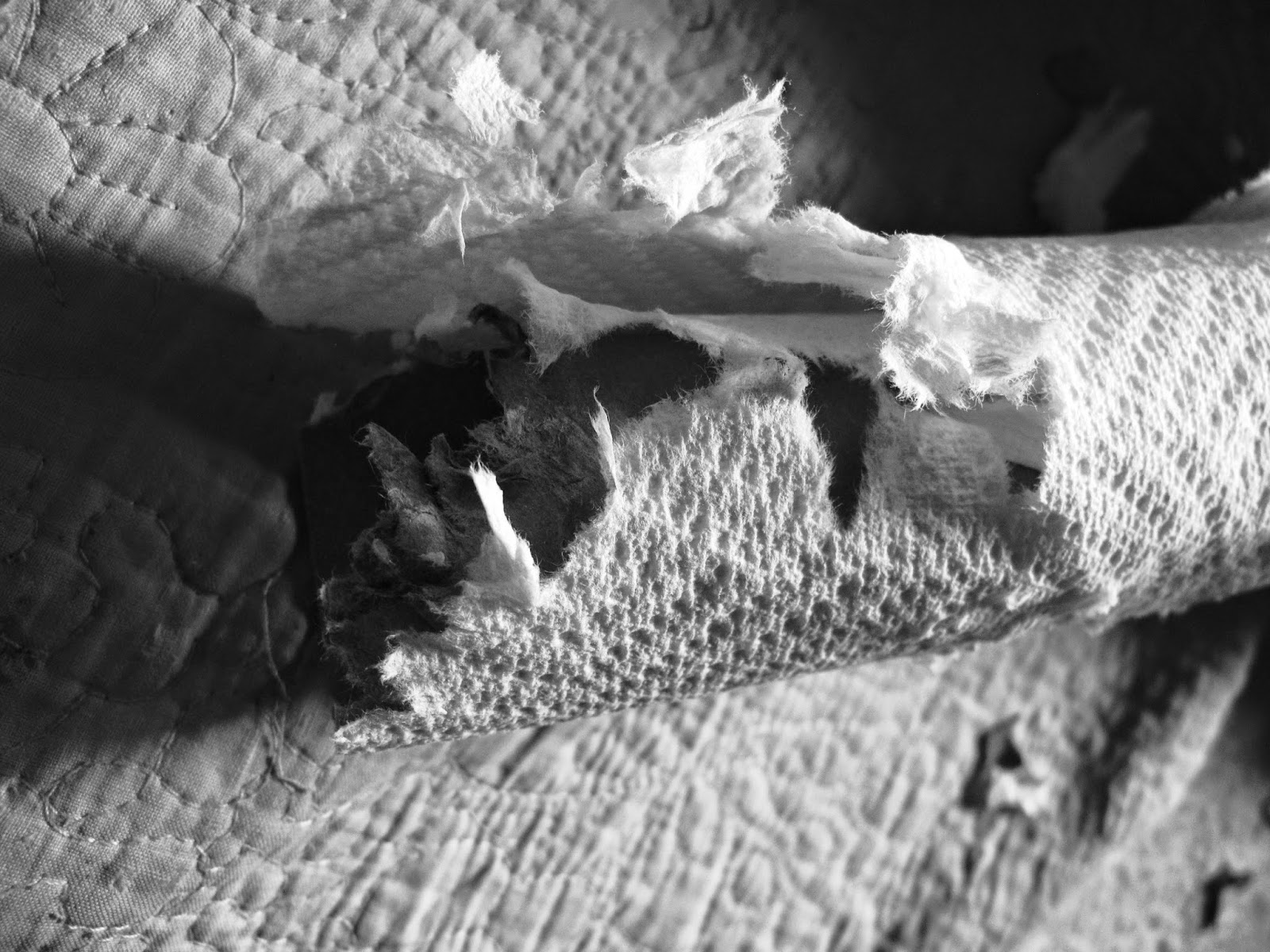 Have a non destructive Wednesday!


We'd Like To Combine A Missed Wordless Wednesday And An Over Due Thank You... 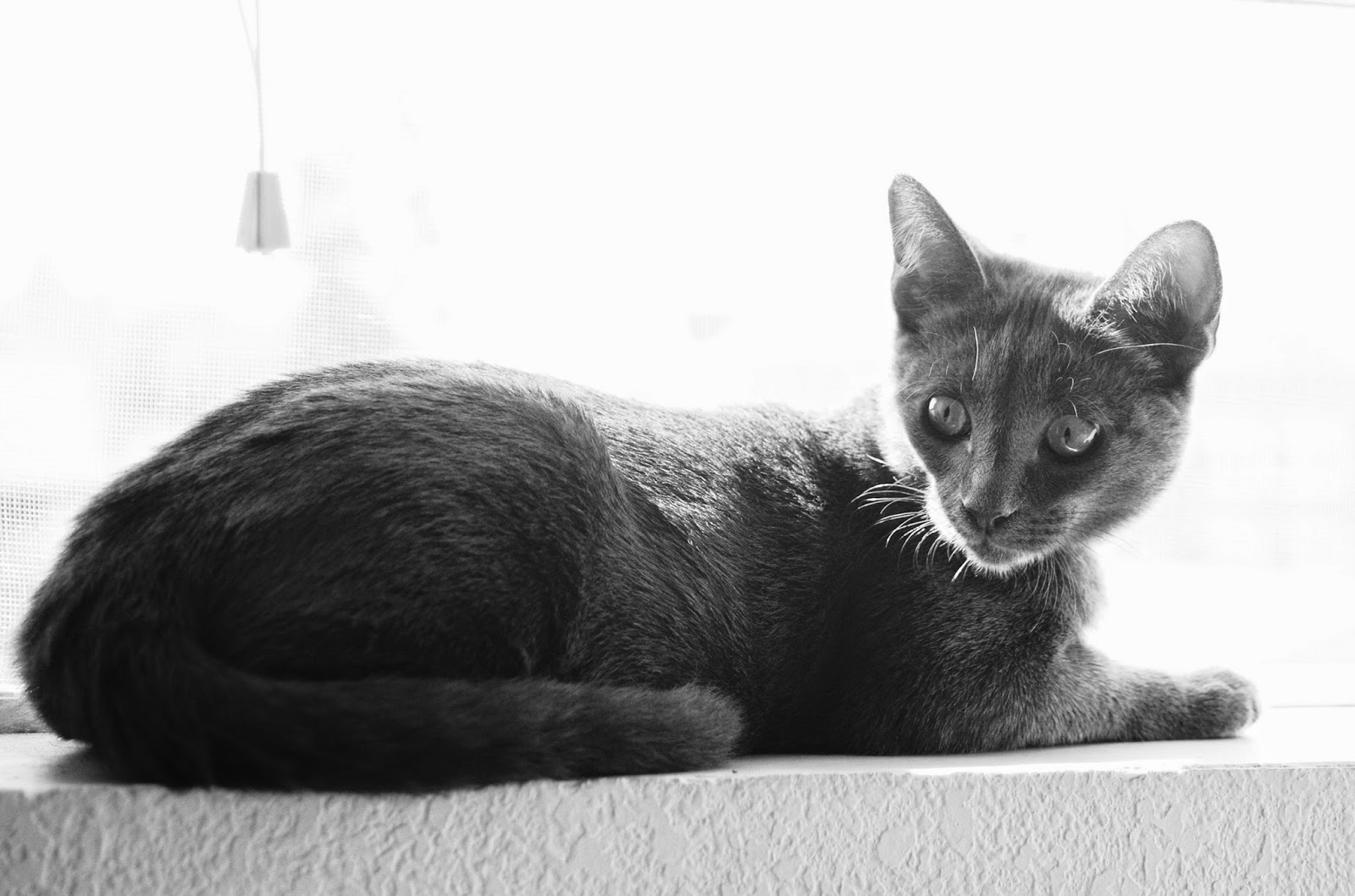 We want to thank everyone over at Deziz World  for thinking of us and bestowing upon us the
Very Inspiring Blogger Award back on March 29th! We thank you and congratulate everyone that was nominated. Please make sure to check out their latest post at; www.dezizworld.wordpress.com

(We will name our nominees and answer our questions in a future post...)

Second behind Ted Cruz who already has his first campaign ad out; http://www.huffingtonpost.com/2015/04/04/ted-cruz-ad-easter-weekend_n_7003840.html

And we hear that Hillary will announce this weekend...so it begins!
There should be lots of crazy and interesting things we can write about in the coming months and there are a lot of months leading up to the 2016 elections! So hang onto your hats kitty's it could get wild...

It's Noodle's Edition Of: "What Were They Thinking?" 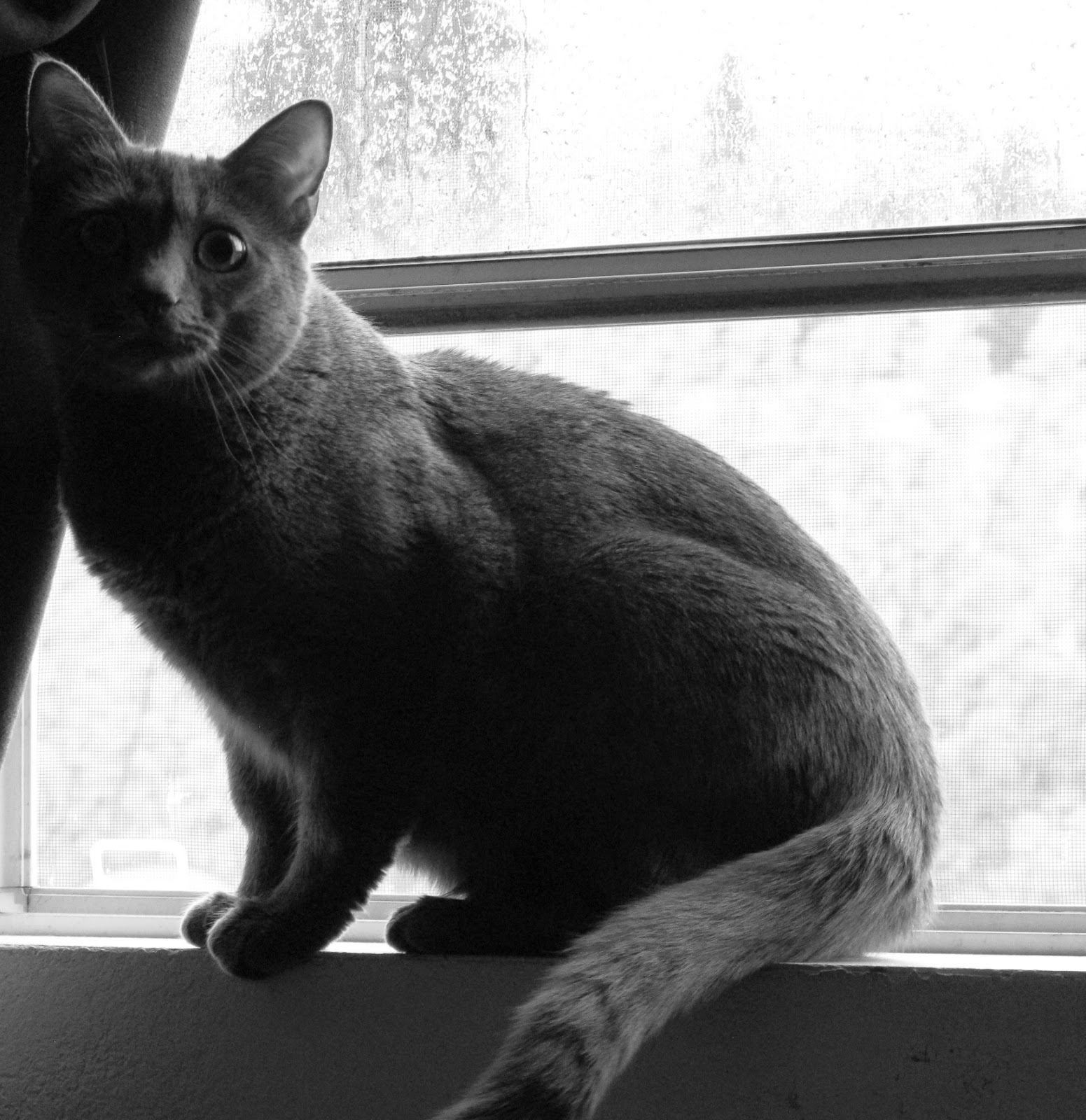 Sometimes we can't help but just shake our head when we hear someone say something that strikes us as so...what's the word I'm looking for?... I guess I won't be so crass as to say it...but we just feel compelled to put it out there and see what others think...
In first place we have Indiana Governor Mike Pence who has had to do some fancy dancing to walk back the statements he gave the press that have him in such hot water over the latest law he's trying to pass. Unfortunately for Mikey, not everyone agreed with his actions, actually a lot of people disagreed;
http://www.huffingtonpost.com/2015/03/30/mike-pence-indiana-religious-freedom-law_n_6973650.html
And in second place, Scott Walker presidential candidate extraordinaire was  giving a speech when he made a comment that caught some people by surprise; http://host.madison.com/news/local/govt-and-politics/election-matters/scott-walker-suggests-being-an-eagle-scout-has-prepared-him/article_a8f0957e-5f09-504b-961d-c67c2927eb23.html
Next up we have hypocrisy on parade with the likes of Senator Larry Stutts of Alabama, this is a really terrible story you have to read to believe;
http://alreporter.com/archives/archive-2014/march-2014/146-state/7506-senator-physician-moves-to-repeal-law-inspired-by-his-patient-s-death.html
Well it looks as though politics is alive and well for another week...
How about some fun news?
It looks as though bacon is having it's revenge!; http://www.aol.com/article/2015/04/03/pig-runs-loose-at-burger-king-drive-thru/21161115/?icid=maing-grid7%7Cmain5%7Cdl37%7Csec1_lnk3%26pLid%3D638281
One kitty got a big surprise! When will humans learn...you have to keep cats in the loop?
http://www.aol.com/article/2015/04/03/a-couple-forgot-to-tell-their-cat-that-they-had-a-baby/21161078/?icid=maing-grid7%7Cmain5%7Cdl7%7Csec1_lnk3%26pLid%3D638256
And last but not least, Jimmy Fallon and his dancing partner... https://www.youtube.com/watch?v=_qWuOtP9eZE
Have a great weekend!
Noodle and crew
﻿
Posted by Noodle Cat at 6:58:00 PM 14 comments: 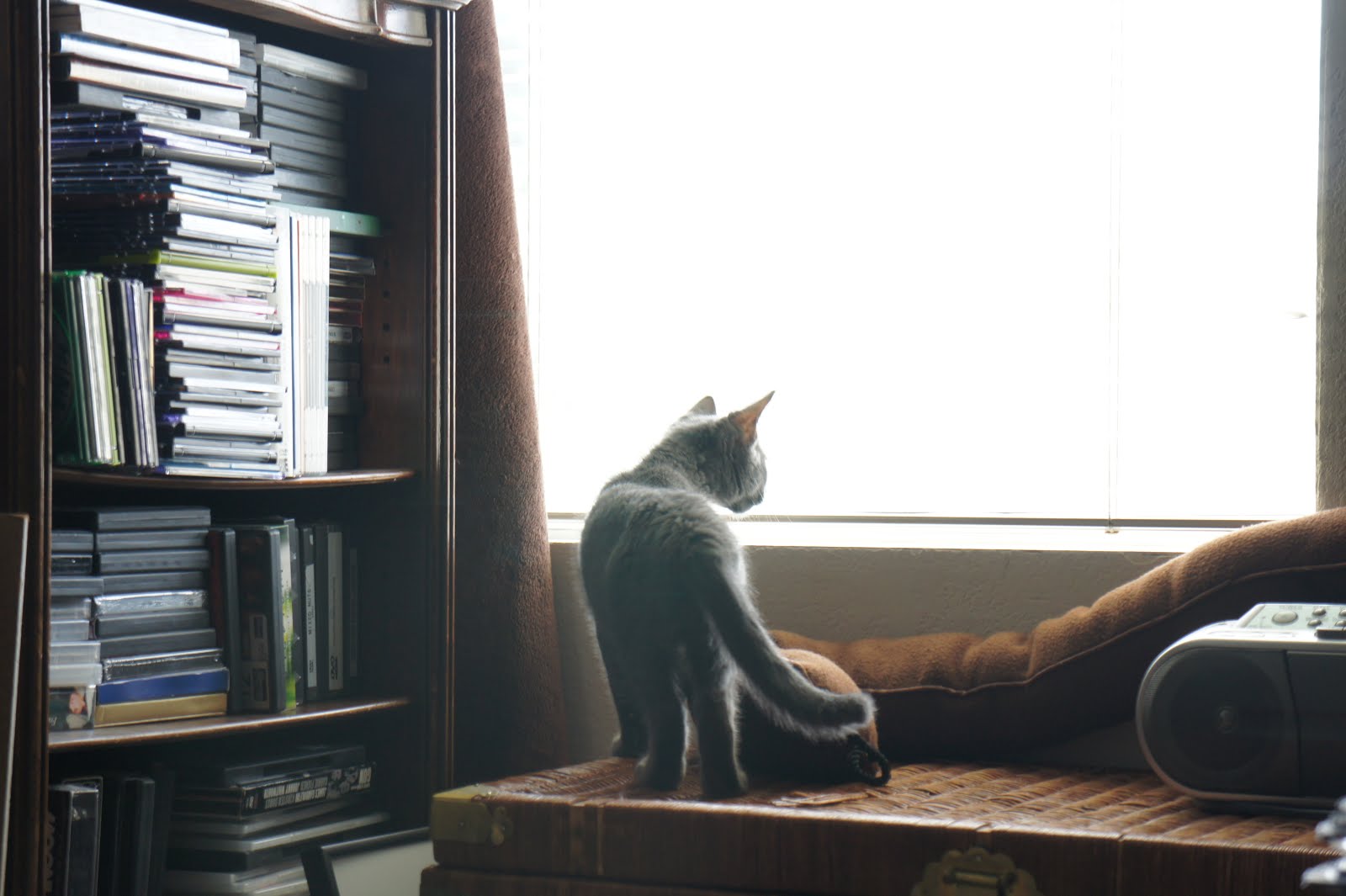