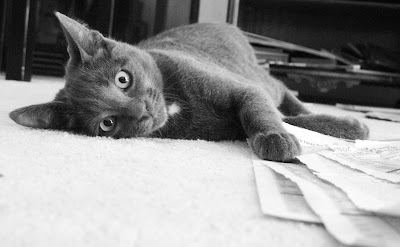 Last Sunday, Kelly Anne Conway used the term "alternative facts"
In response to that statement I'd like to say this;
can we please all just agree that two plus two equals four?

No matter how you add it up, two plus two will never equal five.

If it ever does it is not an alternate fact,  it's just wrong, period!

Here's another one of those pesky little facts, just because someone believes that we are going to build a wall and Mexico is going to pay for it, doesn't make it true.

Fact is, U.S. taxpayers are going to pay for that wall AND prices on all goods from gas to your local WalMart will go up right here in the good old U.S.of A. if we start putting tariffs and taxes on Mexico or anywhere else that we trade.
Here's another fact; that Keystone Pipeline everyone is so happy to build?

All it is, is Canada using our land to get their oil to the Gulf Of Mexico to sell overseas.
We won't see any of that oil unless it leaks into our land and water. And as for all those jobs it will create?

35 jobs, that's it and those are temporary.

There is absolutely NO benefit to the USA if we build that pipeline,
but the risks are enormous!

And the last fact I'd like to share is this; as for repealing  Obama Care ( the ACA ),
there is no replacement!

You will loose your health care.

And those not on the ACA? Those people will be paying much higher premiums and medical costs will rise much more than they have  since Obama Care's implementation.

Those, like them or not are the actual facts!


Trevor Noah of the Daily Show had a wonderful metaphor, for what we are witnessing these days.
The show got hold of one of the cakes from one of Mr. Trumps Inauguration balls.

Low and behold, the cake was mostly fake, except for a little section where Mr. Trump cut into it.
(* if you look where we've circled the picture you can see were the real cake was sliced.)

It was a facade with one piece of real cake stuck into the bottom as a ceremonious symbol to be cut in front of the cameras. The rest was assembled with Styrofoam. 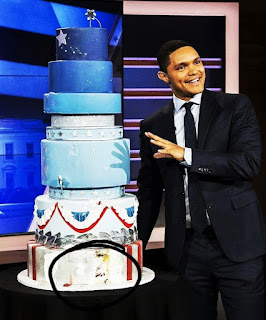 " Has there ever been anything more Trump than this cake ?" It's like someone said, " Hi, I'd like to order one giant metaphor with vanilla frosting".- Trevor Noah

Apparently having a discussion as to the reality of reality!

Stuck in a parallel universe where facts aren't necessarily facts and how one perceives a situation carries much more weight than evidence to the contrary.

Being challenged as to what we actually see with our very own eyes and are being told what we
see.
Debating what is real against alternate facts.

We may want to tread very carefully going forward because once we start down this road, it just might turn around and bite us in the ass!

Just some things to think about this weekend... 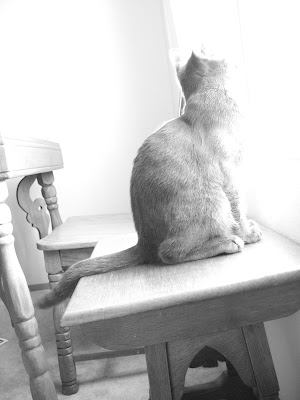 Have a thought provoking Wednesday! 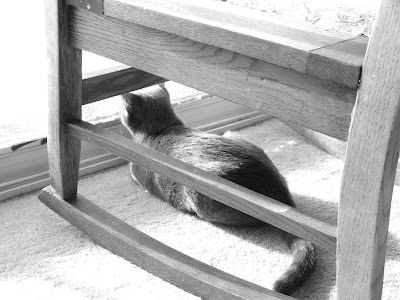 We are watching all the women ( and men ) who are participating in the Women's March on Washington today and those participating in similar marches in cities around the country and the world. Their chance to express their feelings and fears related to this new president.
And awaiting the new presidents reaction to those marches.

We are watching the new president to see what his priorities truly are.
It wasn't about jobs or the economy or even taxes...
On day one his priority was getting a delay in the Texas voter ID case and doing it very quietly.

We are closely watching. Mr.Trump promised to take himself out of his business dealings once in the White House. He hasn't .

We are watching to see if Mr. Trump will refrain from nasty, bullying tweets once he's sworn in.

And we are not the only ones watching.

The world is watching and waiting and listening.

Trumps Inaugural speech could have been inclusive and hopeful, an opportunity to bring people together and calm fears but instead it was dark and divisive .

And so, we will keep watching Mr. Trump... 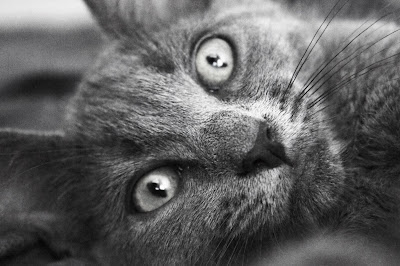 Okay, this is a new thing in the sense that we were really busy and didn't have time until now to do this post.
But, it left us time to bring you this;

We just learned that Rick Perry is going to be in front of the confirmation committee for his spot as
Energy secretary.
You know, the guy in charge of the nukes!
What could possibly go wrong? Oops! 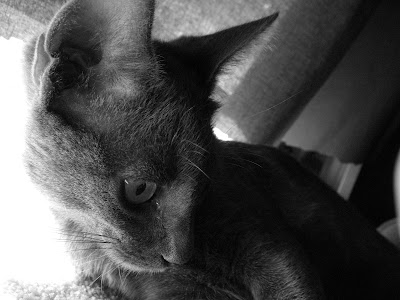 Things seem bleak in the world of politics these days.

Whether you are disturbed or excited about the incoming administration, there is a lot of uncertainty and anger floating around out there.

Even many of those who voted for the in coming president aren't that keen on him they just disliked the alternative more.

So between contentious confirmations and an unwavering distrust continuing between the new administration and the Intelligence agencys and the whole Russia situation, unreleased taxes, the beginnings of censorship of the media and all those conflicts of interest raising questions just to name a few.
We went in search of goodness...

And I am pleased to report that it wasn't that hard to find!

In this time of what seems like a daily barrage of political and social madness we found
three, count them three little sprouts of love and hope and decency that slipped through the cracks of the hardness of political concrete.

First, earlier this week we heard about 89 year old  Charles Brotman  who has been the announcer of the inaugural parade for the last 60 years. He has announced every single inaugural parade since Dwight D. Eisenhower in 1957.
With the recent passing of his wife,
Mr. Brotman was getting through his loss by throwing himself into the upcoming preparation for   this years inaugural parade when he received an e-mail from the Trump campaign ...firing him!

Well, we have great news!
Mr. Brotman was just hired by NBC4 TV in Washington DC to be their announcer!
You're loss Mr. Trump.
( faith and hope )

Next up,
It was kind of leaked that there was going to be a surprise party of some sort for Joe Biden.
Well surprise is putting it mildly...
President Obama honored his vice president and good friend with the Presidential Medal Of Freedom ( the nations highest civilian honor)......with distinction! Making him one of only a handful of those to receive this honor.
We love Joe too and if anybody deserves a metal for all he's done throughout his years in congress and all he has given and given up, it's Joe.
( love and friendship )

And last, who says differing sides can't come together.
Did you know that when the Obama's moved into the White House the Bush sisters  wrote letters to Sasha and Malia welcoming them and giving them advice on the next four to eight years?
And, they wrote them again to help them with the adjustment of going from living in the White House to going back into the public domain.
( kindness and understanding )


So have faith...be kind, accepting and understanding.
These attributes are precious and much needed these days... 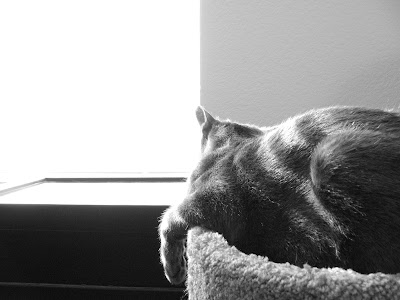 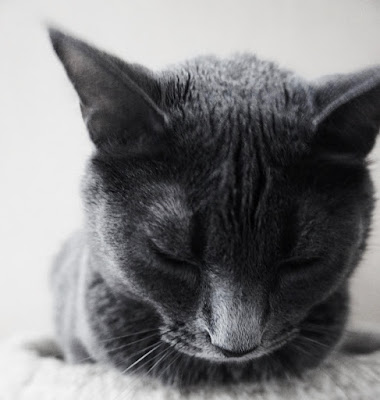 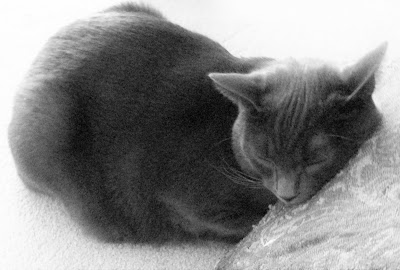 
Have a spectacular year!