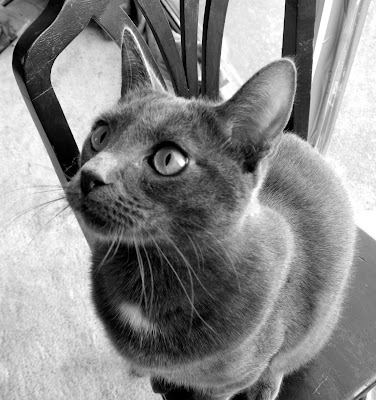 The last Friday of April is National Hairball Awareness Day; https://www.daysoftheyear.com/days/hairball-awareness-day/
and in its honor we are giving out Noodle Hairballs (but no Sticky Paws)... 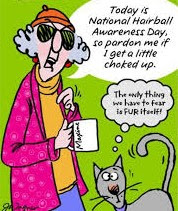 So, here goes; a harry hairball to what the future might be like in a Trump presidency...
http://www.thewrap.com/boston-globe-envisions-life-under-president-trump-in-withering-satirical-front-page/  not just harry, but scary!

Our next hairball goes to the former CEO of McDonald's who has predicted huge lay offs if the company has to pay $15.00 an hour to it's employees many of whom have to supplement their tiny incomes with food stamps ....
http://www.aol.com/article/2016/04/26/former-mcdonald-s-ceo-predicts-a-15-wage-will-trigger-massive-l/21351412/

And here's one for Governor Rick Snyder of Michigan for saying he was going to drink only water from a Flint tap for 30 days but then went off to Germany after the first two days.
I mean really...he said he was going to drink the water for 30 days...but not in a row!
http://www.metrotimes.com/Blogs/archives/2016/04/25/remember-that-time-gov-snyder-said-hed-drink-flints-water-for-30-days-thats-over-already

And last but not least another hairball for Donald Trump ( he just makes it SO easy!)
In case you missed any, here is a list of the craziest things The Donald has said so far. Keep in mind we are probably talking about the next Republican presidential nominee ;
http://www.usmagazine.com/celebrity-news/news/donald-trumps-craziest-quotes-the-2016-presidential-hopeful-speaks-201568

After all those hairballs we think you could probably use a bit of uplifting...
Whether or not you watched The Newsroom on HBO or not and even though we are not usually the biggest of country music fans, this will get your toes tapping and you won't be able to get the tune out of your head!
https://www.youtube.com/watch?v=QJzDKprFWGY