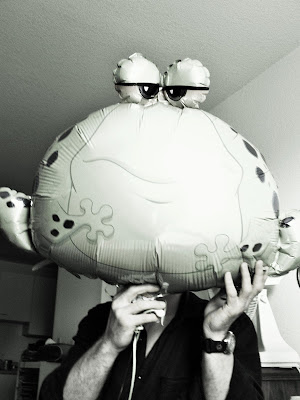 
March 23rd 2015 Ted Cruz became the first major candidate to announce he was running for president in 2016.
To put that in perspective that's one year, two months and eleven days ago...ah, seems like only yesterday ( if you have amnesia ).

We have since witnessed 17 republican candidates and 5 democrats vie for the title of  nominee of their respective parties.
So, yes we have kissed a lot of frogs but to what end?
Where is our white knight? Where is the happily ever after?
Seems like all we got for our trouble was a whole bunch of warts!

In keeping with our complete and unbiased objectivity, this week we take a look at Hillary...

First there are the main talking points;

Hillary is like any other politician in that she has her share of warts.
Show me a politician who doesn't.
She's too defensive.
She doesn't have a sparkling personality.
She is a Washington insider.

But, ask yourself this simple question;
If I need medical attention would I go to Dr. Hillary or Mr. Trump?
Sure Mr.Trump says he knows what he's doing ( "trust me") but he has no medical degree and the closest thing he has to one is the fact that he played the game Operation really well when he was a kid.
DR. Hillary on the other hand does have a degree and plenty of experience.
She may not have a great bedside manner and I may not want to have a beer with her but she will save my life...
Not so hard to decide anymore is it?
And if you think because she's a woman she isn't tough enough; check this out...
https://www.youtube.com/watch?v=BWYsORT--e4

My opinion; we need a president who is knowledgeable, fierce and will get the job done.
And has a record to back that up.
In this era of us all wanting the wow factor from a candidate, it might be wise to think long and hard about what we really want from the person who leads our country and not so much about how entertaining or likeable they are.

So yes, it's been a long ride and it's not over yet.
We've had to kiss a lot of frogs along the way and there is probably still more puckering to come.
We still have 5 months of this crap left!

We hope that Noodle's blog has helped sort through the slog of information out there and in the process has been as fair and bipartisan as we possibly could. We have truly made an effort to do so.

We will try to keep on top of all the candidates and their policies as well as bring you bits and pieces that may have slipped through the cracks or are just plain interesting.

We hope that you will always feel comfortable and free to call us out if you think we have misrepresented someone or something.
Politics should be discussed not screamed in anger or bullied into submission...

The most important thing any of us can do is VOTE. It's easy to get fed up with the process, throw your hands up and walk away.
But that just leaves a bigger mess later on down the road.