Getting away with it...

As we didn't do a weekend post, we are forgoing Wordless Wednesday this week and replacing it with what would have been our weekend post... 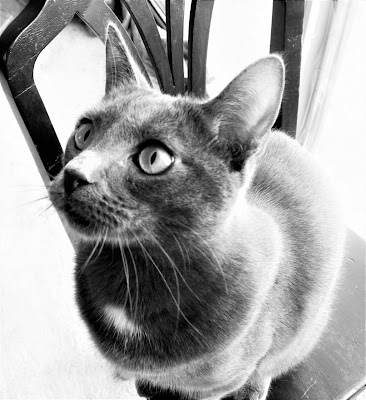 They created a whole TV show on the premise that he was this great business man and how rich he was.

So what happens when the whole thing is based on a lie?

He took that lie and ran on it and now he sits in the White House ( with the help of Russia, Wiki leaks, gerrymandering and restricted voting rights...)

He proved that if you bull s*it enough, you can beat the system.

And unfortunately the system wasn't ready for the likes of someone like that.

No one put rules in place in case we were ever that gullible, that stupid.

Our lines of defence where ineffectual.

But the biggest problem was that congress didn't do it's job.

The one guardrail that could have been a check and balance for all of this, became part of it instead.

So, the Republicans love him as he is signing all sorts of deregulation stuff that will just be the impetuous for more and deadlier storms and hotter and hotter weather and higher and higher ocean rises.

His fans base doesn't care.

As a matter of fact they LOVE that he has scammed everybody and that he's gotten away with it.

They love that he is crude and raciest and lies over and over again and gets away with it.

The key words here are he gets away with it.

There is a culture among a portion of the population who see themselves as victims and they are angry.
They are angry because they think everyone else has gotten away with stuff.

Immigrants (unless you are one of Donald Trumps wives) and low income people. The disabled and the elderly and the homeless.
The government, affirmative action, any person of color...they have all gotten away with... well they can't exactly say what but they know it's something and by god if they got away with it, well then they stole what ever it was from them.

Donald trump came along and told them exactly who to be angry at and they love him for that.

He gave them permission to be hateful and bullying.

He gave them permission to say whatever they want, about whom ever they want and the heck with the consequences because well... there just won't be any.

It's up to the people now.

It's up to the people to act.

It's time to actually get off our butts and demand decency and respect be put back into the presidency.

It's time to VOTE!

I know, the system is so wonky with big money and gerrymandering and foreign players that it feels like nothing can fix it.

But if we do nothing then we have participated in the deterioration of our democracy.

There will be less and less aide for the poor, the elderly, for children and the disabled.

And where will it all end?

And who will be next?


Let's do more than shake our heads in the aftermath and say, "he got away with it".

Lets all get out and VOTE!