All Aboard The Trump Mobile...


ALL ABOARD THE TRUMP MOBILE...

Before we begin... we want to thank everybody over at Nerissa's Life; http://www.nerissaslife.com/2016/03/we-have-winner.html cause guess what? We won!
What did we win??? Take a look... 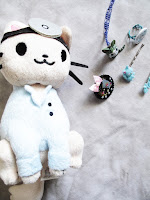 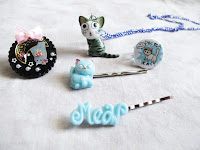 Thanks to the good folks at; Sushi Float https://www.etsy.com/shop/sushifloat
We are just so very happy that we won!

When asked who he consults with on foreign policy Donald Trump replied, "I speak with myself. I have a very good brain. I have said a lot of things."

When asked why he thought he was competent to be the president of the United States he replied,
"I went to an amazing school, very expensive school. I have words. I have all the best words".

On why he would be a good president, He is rich, he has lots of money, he is rich.
He is self funding his campaign so he won't be indebted to any donors ( even though he has taken in over 10 million dollars in donations which he thinks is "cute".)

Last week was an interesting conglomeration of statements followed by walk backs by the candidate leaving commentators and pundits to pontificate on the inevitability of Mr. Trumps future as the republican nominee.
As a public service we want to issue our first buyer beware!
No matter who you support politically, be sure you know what it is you will be getting, take a listen to John Oliver; https://www.youtube.com/watch?v=DnpO_RTSNmQ


And if you need proof that the Republican party seems to be coming completely off the rails?
Listen to Lindsey Graham on the Daily Show; http://ftw.usatoday.com/2016/03/lindsey-graham-daily-show-republican-party

Can you say contested convention?

We can only wait to see what this week will bring...

Have a super week.