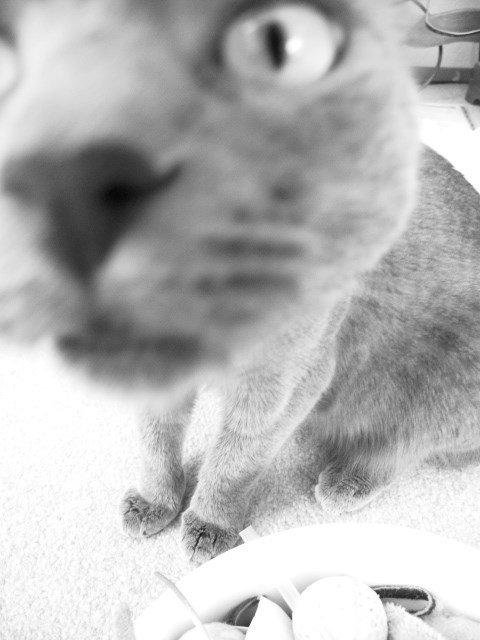 ﻿
And we are jumping in with all four paws.
So...the police;
First let me say that I would guess most police around the country are good people trying to do a good job. But, people are people and there are bad teachers, bad food servers and bad shoe sales people.
That being said being a police officer is one of the few jobs where part of you're job description includes restraining and or killing people. Being a police officer is a job it's not a right. And if you want respect...you have to earn it.
Over the past few weeks people who speak for the police have said some very troubling things.
They have threatened to not do their jobs as a form of protest to how they think they are being perceived blaming people's perception of them and their actions on anyone and everyone including the president.
The officer who choked Eric Garner;  http://www.npr.org/blogs/codeswitch/2014/07/29/335847224/what-we-see-in-the-eric-garner-video-and-what-we-dont   said he was afraid for his life. There were at least six other officers piled on in that situation, one who was just as large a man as Mr. Garner and the officer that shot Tamir Rice; http://www.theguardian.com/us-news/video/2014/nov/26/cleveland-video-tamir-rice-shooting-police insisted that he was afraid for his life
Here's the thing if you are that afraid of your job...get a different job! I get it police work is hard. You are in a dangerous profession but it is a profession. You chose to do it and if you don't like what you do or aren't good at it...leave.
When police turned their backs on the mayor of New York during the wakes and funerals of the two police officers that were murdered, all they did was reinforce their lack of maturity for a job that demands it. Listen up...you work for the people not the other way around! They pay your salary...you are public servants just like fire fighters and garbage collectors and teachers...
You are not the law you are protectors of the law...for everyone.
Welcome to 2015!
Noodle and crew
﻿