A Tale Of Two Republican Governors... 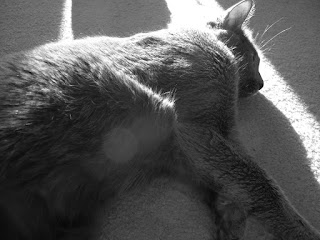 Although we are not impressed by much of what is said and done by those in the Republican party these days, we were impressed with Nikki Haley's reply to the Presidents State Of The Union address on January 12th. https://www.youtube.com/watch?v=7mOmjjCBH5Y
Even though we don't agree with much of what she said, what stuck us was the dignity and passion with which she said it and her ability to critique her own parties actions.
We had noticed this once before right after the shootings in South Carolina and Ms.Haley's heart felt and emotional comments in the aftermath; https://www.youtube.com/watch?v=w7elw5ewEzw
as well as her undeterred determination to remove the confederate battle flag in such a timely fashion.﻿ She didn't wait and make excuses but had the flag removed very soon after.
Her comments in the Republican reply after the SOTU where actually pretty gutsy in this political climate.
And then there is Sarah Palin...

One time Governor of Alaska who never finished her first term ( and to this day no one knows why...)
Bombastic, ill spoken, shrill. She drags tons of personal baggage along where ever she goes and gladly lets it seep into the political conversation.
At this point we were honestly surprised that even Donald Trump would think it a good decision to dust her off and pull her back into the spotlight!
But there she was for all to see. Ranting and raving about God only knows what...
https://www.youtube.com/watch?v=Mvlm3LKSlpU
and now she seems to have disappeared just as mysteriously as she emerged.
But not before the great Tina Fey had a crack at least one last impersonation; https://www.youtube.com/watch?v=YeJmXGlpzjU

So there you have it; one is classy and the other trashy...they seem kind of a fitting metaphor of the Republican party these days...


Have a great weekend.