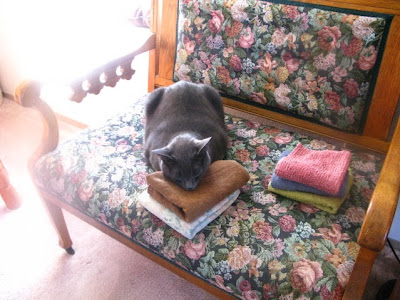 I get all snuggled up in the laundry and dream of treats and petties and family and being loved.

Now as he promised in his campaign, Mr. Trump is going after DACA.
If Trump ends DACA it will cost the country 700,000 jobs and billions with a B of dollars.
But don't worry because "he's a business man" maybe not a very good one but it's all subjective right?

Warren Buffett and Mark Zuckerberg who are unarguably great business men along with
Executives from General Motors, Apple, Berkshire Hathaway, Google, Facebook, Microsoft, and many other companies who echoed other business leaders in their letter to Trump.

"All DACA recipients grew up in America, registered with our government, submitted to extensive background checks, and are diligently giving back to our communities and paying income taxes," their joint letter said.
"Our economy would lose $460.3 billion from the national GDP and $24.6 billion in Social Security and Medicare tax contributions," if DACA recipients lose their protections and face deportation, the letter continued, calling those recipients, also known as Dreamers, "vital to the future of our companies and our economy."

So who should we listen to?
The guy who just paid a 25 million dollars  to the defendants in the Trump University lawsuit?
Or these other guys who actually can run a successful business and not just a branding scheme on the back of a loan from his father?

I know who I'd choose.

polls now show that 58% of Americans are embarrassed by Mr Trump.

Those in his cabinet and some Republicans in congress are questioning his ability to run the country ( not really sure what took them so long???)

Just a few days into Hurricane Harvey, Donald Trump landed in Corpus Christie where he did a Trump victory tour as opposed to meeting with survivors and first responders.

While Mexico and Canada showed what true leadership is when both countries after being belittled and berated by Mr. Trump on numerous occasions offered complete support in the hurricane's wake.

We have to make a choice no matter what party we are .
Country should trump party!

Look at the devastation this man is leaving in his path...

Don't let him take out one of the most important tenants of our democracy.


Have a morally conscious weekend...