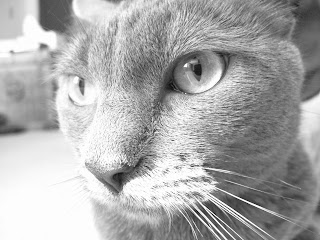 We asked TBT of Marks Mews to do a guest post and he graciously accepted.

We know you'll enjoy it as much as we did...


“Most politicians in the US understand that there are 3 co-equal branches of Government.  I learned that in High School.  Some of my fellow students didn’t.  High School cliques and gangs know only a single leader.  And they tend to follow that idea all their lives.  They tend to become followers in bad jobs because they don’t ever learn how to become cooperators joining together for a purpose.

Some gang leaders or individual bullies learn skills, though.  They become leaders.  They become leaders by experience in intimidation, insult, manipulation of their followers, and a talent for seeing weaknesses in other people.  They see what some group of people want to hear.  All dictators and lesser strongman leaders are like that.  Hitler was, Genghis Khan was,  Mao Tse Tung was, and other minor strongmen in South America and Africa.

Democracies have to fight such people constantly.  There are always people who desire power beyond what the laws allow.  They push at the laws, they change them for their benefit, they intimidate others with populist movements.

A long-standing democracy, like the US are hard for dictatorial types to overthrow.  The structure of the government has checks and balances built in.  Some rules are so embedded that it would take a military coup d' tat to change.

But that doesn’t stop some people from trying.  Donald Trump is trying.  That he has been thwarted so far says good things about our laws and our 3 part government.  Don’t think he isn’t trying to take over.  He is.  He is failing, but he is flexible.  All he needs are a few successes against his threats.

His personal threats are that he is being investigated for collusion with the Russians to win the election, that his taxes are mostly fiction, that he is racist, that he has obstructed justice by interfering in legal investigations, and that most of the US find him “unfavorable”.

Any one of those should sink an American President to meaninglessness.  Together, they such cause impeachment.

And let’s get clear on “impeachment”.  Impeachment is not a statement of a crime.  The causes for impeachment are deliberately vague in the Constitution.  It is a political decision by the Congress that a President is not suited to the demands of the job.  And impeachment is merely the act of considering the matter legally in The House Of Representatives, not the trial itself.

Mark and The Mews

Thanks again to TBT!